How to improve visibility with one setting in Call of Duty: Vanguard

How to improve visibility with one setting in Call of Duty: Vanguard

Make sure you can see enemies at any range in Vanguard 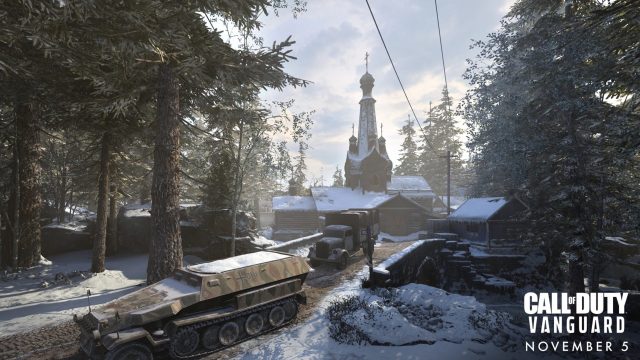 Provided by Activision The Demyansk map in Call of Duty: Vanguard.

Visibility is one of the chief complaints that some players have with Call of Duty: Vanguard after its launch. While Sledgehammer Games has improved visibility since the beta, it still remains an issue on some maps in Vanguard. Players can tinker with their standard graphical settings to try and see enemies better at a distance but that won’t yield the results they’re looking for. Instead, players need to use a simple setting, which has gone largely unnoticed in the week Vanguard has been out.

The setting, called “FidelityFX CAS,” is within the graphical section of Vanguard on PC. Unfortunately, it’s not available for console players, so they need to hold out hope that developers can continue to improve visibility in Vanguard. If players are on PC, though, they can use this one setting to drastically improve the look of their game and the visibility of it in the process.

Players must navigate to their settings menu in Vanguard and then go to the Quality section of the Graphics tab. From there, they must scroll down to the bottom of this section and find the setting “FidelityFX CAS.” This is the setting that players should turn on in order to improve visibility.

If players have Nvidia DLSS or FidelityFX Super Resolution 1.0 turned on, they’ll need to disable them for this to work. Of course, Nvidia DLSS helps improve frame rate, so players will need to decide if extra visibility is worth the trade-off for less FPS.

After FidelityFX CAS is enabled, players can head into a match. They’ll immediately notice that Vanguard looks much sharper than before. However, if players want their game even sharper, they can go to the “Show More” option under FidelityFX CAS to turn up the sharpness. Below is a comparison of FidelityFX CAS turned on and turned off for the same shot in Vanguard.

The FidelityFX CAS setting makes objects and models, like the cherry blossom tree on Castle, look much more distinct. This, in turn, will improve visibility across the board in Vanguard. Players will be able to see enemies more clearly at longer ranges and even notice some smaller items they didn’t see before.