How to get Ursaluna in Pokémon GO - Upcomer

How to get Ursaluna in Pokémon GO

Special circumstances are required for this evolution 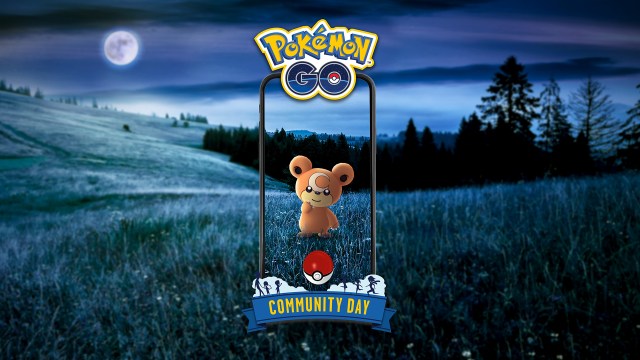 Provided by @PokemonGoApp via Twitter Another Hisuian Pokémon is making its way to Pokémon GO.

One week after the Community Day Classic featuring Dratini, Pokémon GO players can look forward to another Community Day. This Community Day will put the spotlight on Teddiursa, the Normal-type bear Pokémon from the Johto region.

In addition, Teddiursa’s fully-evolved form from the Hisui region will be introduced into Pokémon GO for the first time during this Community Day event. Here’s everything players need to know about how to get the Ground/Normal-type Ursaluna in Pokémon GO.

How to get Ursaluna in Pokémon GO

As part of the upcoming Community Day, there will be a full moon present in the in-game sky starting at 2 p.m. in the player’s time zone on November 12. This will persist until 6 a.m. on November 13. Players will only be able to obtain an Ursaluna in Pokémon GO while there is a full moon.

After the event is over, players can only evolve Ursaring “when the moon is full again.” While The Pokémon Company has not revealed a timeline for when this will happen, it at least suggests that there will be future events during which Ursaluna will be obtainable.

Teddiursa will appear much more frequently in the wild during the main portion of its Community Day. This will last from 2 p.m. to 5 p.m. on November 12. In addition, players will receive a special reward if they can evolve an Ursaring by 10 p.m. on the day of the event.

Any Ursaring that evolves within this time frame will automatically learn High Horsepower as its Charged Attack upon transforming into Ursaluna in Pokémon GO. High Horsepower is a Ground-type attack that deals 100 damage in trainer battles. Meanwhile, it deals 110 damage in gyms and raid battles.