How to get Gold camo quicker in Call of Duty: Vanguard

How to get Gold camo quicker in Call of Duty: Vanguard 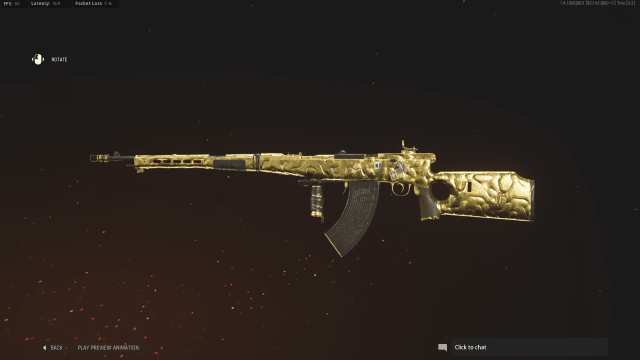 Provided by Activision Gold camo on the Automaton in Vanguard.

One of the biggest grinds in Call of Duty: Vanguard is earning Gold camo on weapons. Whether players just want Gold for one weapon or they’re trying to go for Atomic camo, they’ll need to dedicate a huge amount of time to the grind. The camo challenges in Vanguard are as difficult as they’ve ever been and players might need some help to earn the skins faster.

While it truly comes down to the player’s skill and luck at times, there are a few tips players can utilize to help their Gold camo grind along.

For starters, players will need to hone in on some of the tougher challenges in the camo grind. The basic challenges — like earning eliminations, headshots and multi-kills — will come as players use the weapon. However, there aren’t any real tips and tricks to earn these camos faster aside from focusing on getting them.

The tougher challenges have more tips associated with them. Regardless of what weapon players are trying to get gold, they’ll want to play the Blitz Combat Pacing in Vanguard. This is preferably done on a smaller map but, if players queue the regular Blitz playlist, they have no choice. However, currently in Vanguard, players can queue the Das Haus playlist and get the small map every match. The same goes for the Shipment map when it arrives on Nov. 17.

When on the map, players can kit out their classes to make going for camos easier. This starts with the attachments players put on their weapons. If players are trying to go for Point Blank kills, they’ll want to put on mobility attachments to improve hip-fire accuracy and ADs/sprint-to-fire speeds. This makes close-range gunfights much easier.

Conversely, if players are going for long-range kills, they want a large scope and attachments that improve damage range and recoil control or accuracy.

For those two types of kills, specifically, players might consider hopping into Hardcore playlists. This makes players die quicker and can be effective in earning these kills faster if players move at a slower pace on the map to avoid dying too much.

Going back to the class set-ups, players will also want to ensure they have the right perks and equipment set up. Ghost or Ninja should be the choices in the Perk 1 slot, with Radar in the Perk 2 slot to make players stealthy and not get killed from flanking enemies. As for equipment, players will want to run the Stun Grenade for the Tactical slot. If players hit an enemy with it, they become immobilized for a brief second and can be an easy target for a kill.

These are the basic tips that players will want to use when going for Gold camo in Vanguard. However, it comes down to players putting in the time and securing kills they need.