One of the more difficult missions in the entirety of the Call of Duty: Modern Warfare 2 campaign is called “Alone.”

As a fair warning, there will be spoilers up ahead, but only for the context surrounding the Alone mission. Once players have found themselves on the rainy streets of Las Almas after being betrayed by Graves and Shadow Company, you assume the role of Soap. Luckily, you have Ghost in your ear guiding you to him at the church that’s several hundred meters away.

As you make your way to Ghost, you’ll need to complete several tasks along the way. One of those tasks is to find a sharp weapon and a gun, which are surprisingly two of the tougher objectives in the Modern Warfare 2 Campaign.

Find a sharp weapon in the Modern Warfare 2 campaign

This particular objective won’t appear until you’ve pried open a few doors, gone through a couple of houses, and made your way to the center of the alleyways in Las Almas. Then, as you begin to get surrounded by more enemies, Ghost tasks you with finding a sharp weapon to make it easier to get to him at the church.

However, you don’t have any idea where to find this sharp weapon. Fortunately, we know exactly where to go. You’re looking for a clothing shop that’s located on the corner of an intersection in the sprawling alleyways. It will be near the Dolce ice cream shop, which is being guarded by an enemy. Below, you can see a screenshot of what the front of the clothing store looks like.

Head inside the clothing shop and go behind the cash register counter. Open the door behind the counter and then keep making your way through the store until you reach a dead man with a knife in his throat. That knife is your sharp weapon, as seen below. 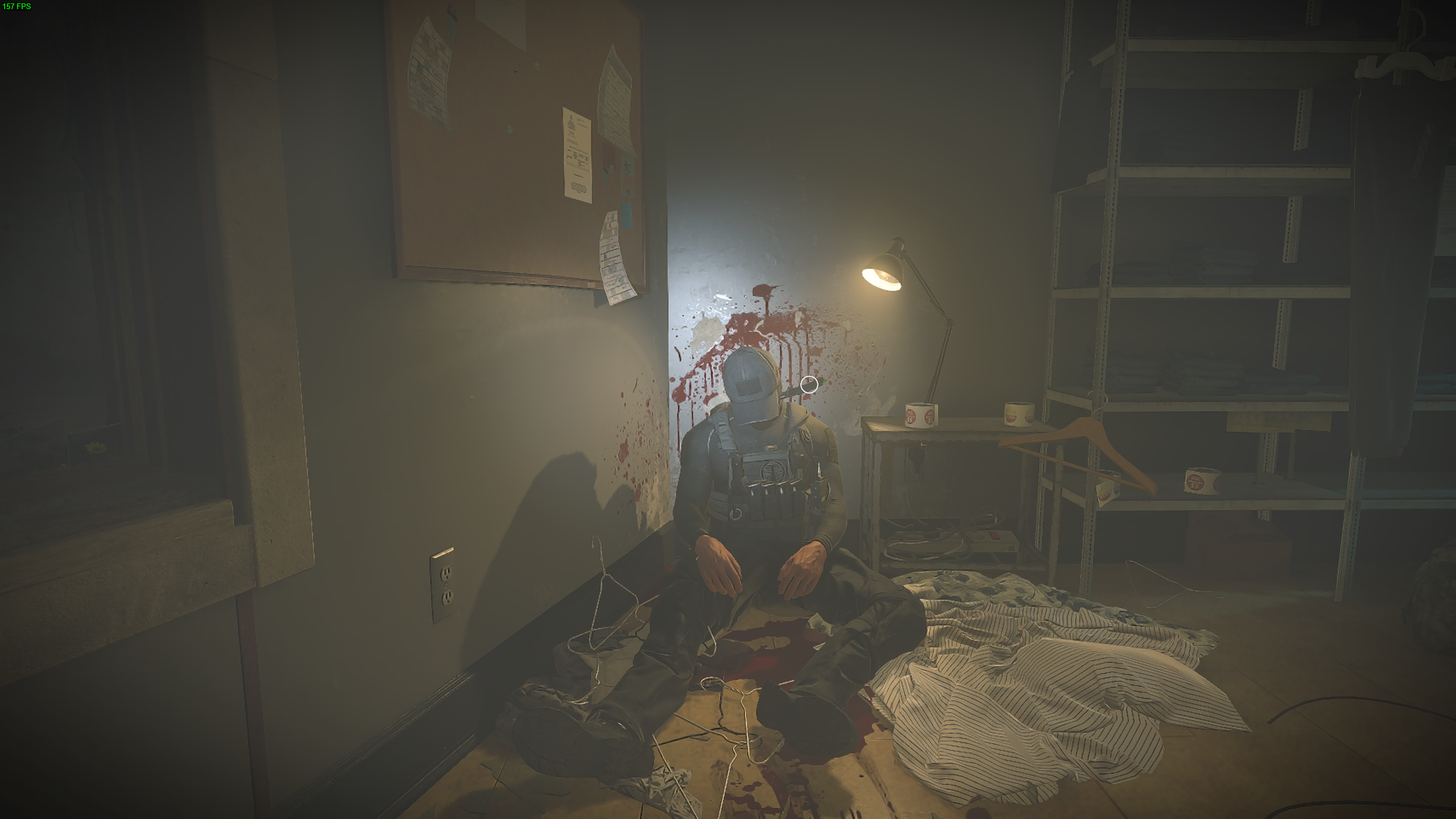 Grab the knife and then Ghost will task you with finding a gun, which is a whole other task in and of itself.

Find a gun in the Modern Warfare 2 campaign

In order to get a gun in the Alone mission, you will need to take it off a Shadow Company enemy. Luckily, you now have a knife to takedown an enemy with. So simply find an enemy, sneak up on them, take them down, and pick their gun up off the floor. You can find an enemy with their back turned just outside of the clothing store in the alleyway. The enemy is visible in the screenshot that we shared above of the clothing store.

Remember to sneak up behind the enemy to effectively take them down and not make any noise. You can now proceed with meeting Ghost at the church and complete the Alone mission.