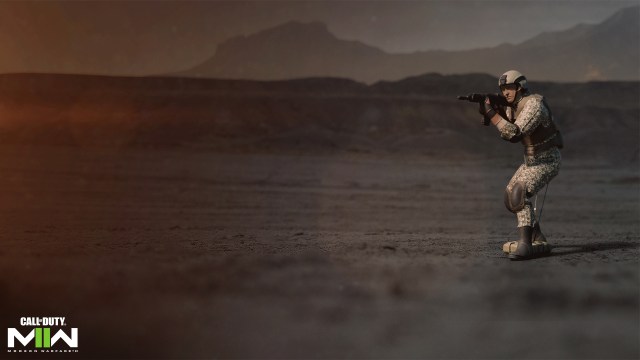 The Field Upgrades system in Call of Duty: Modern Warfare 2 has not changed much from previous years. Introduced in Modern Warfare 2019, the current system allows players to select a piece of equipment that slowly recharges throughout a match. Once players charge it up, they can use it once, at which point the Field Upgrade will begin charging again. Different Field Upgrades have varying charge rates, which adds some strategy to picking them. Players got access to this system in MW2 during the beta, but they didn’t get to take full advantage of it.

As laid out by Activision in the multiplayer launch blog post from earlier today, players are able to equip two different Field Upgrades at the same time in Modern Warfare 2. This was teased during the beta, but wasn’t actually usable. Luckily for players, there’s a very simple way of equipping both Field Upgrades, which we will explain further below.

In order to equip two Field Upgrades in multiplayer, players must reach military rank 45. In MW2, all players will have 55 military ranks they must go through to unlock every item in multiplayer. Then, after 55, they’ll go into their seasonal prestige ranks.

At rank 45, though, players will unlock the ability to put two Field Upgrades on their loadout at the same time. However, this comes at a cost of recharge rate. If players decide to equip two Field Upgrades, both of them will have a slow recharge rate, meaning players won’t be able to earn them as quickly. Of course, players could throw on the Overclock Ultimate Perk on their loadout to slightly offset this.

The Overclock perk increases Field Upgrade charge time by 40% and gives players an extra use for each Field Upgrade. Unfortunately, it’s in the Ultimate Perk category, meaning it takes the longest to earn throughout the course of a match.

The extra recharge time to each Field Upgrade really only matters if players want to select two upgrades that have a “fast” recharge time. If they select two Field Upgrades with a base “slow” recharge time, then they’re not losing anything. This certainly adds an extra layer of strategy to designing a loadout in multiplayer, which is usually a welcome sight to see. However, we’ll have to see how this new kink in the system plays out when MW2 releases on Oct. 28.