How to create a group in Call of Duty

How to create a group in Call of Duty

Start a new Group in COD 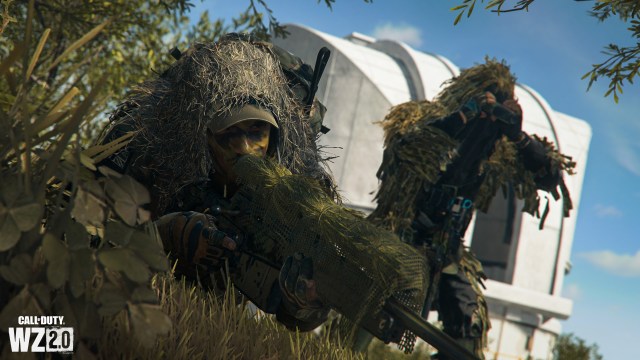 The Call of Duty: Warzone 2 and Modern Warfare 2 Season 1 Reloaded update arrives for all players this coming Wednesday, Dec. 14. The content update will feature the return of the Shipment map to multiplayer, a new area on Al Mazrah, Warzone 2 quality of life fixes, and a new assault rifle, among many other things. However, one of the more underrated pieces to this update is a new social feature in Call of Duty, called a “group.”

Groups have been in COD before, but sometimes under different names. Essentially, a group is a way for players to connect with friends and other players in a more streamlined way. Essentially, players are able to make their own community, and can invite up to 5,000 players to join that community. Players can also join different communities if the group is public.

Groups in Warzone 2 and Modern Warfare 2 will feature different labels as well, which can help players determine which group is best for them to join. Players are able to customize their group with an image, a name, and more.

Creating a Group in Call of Duty 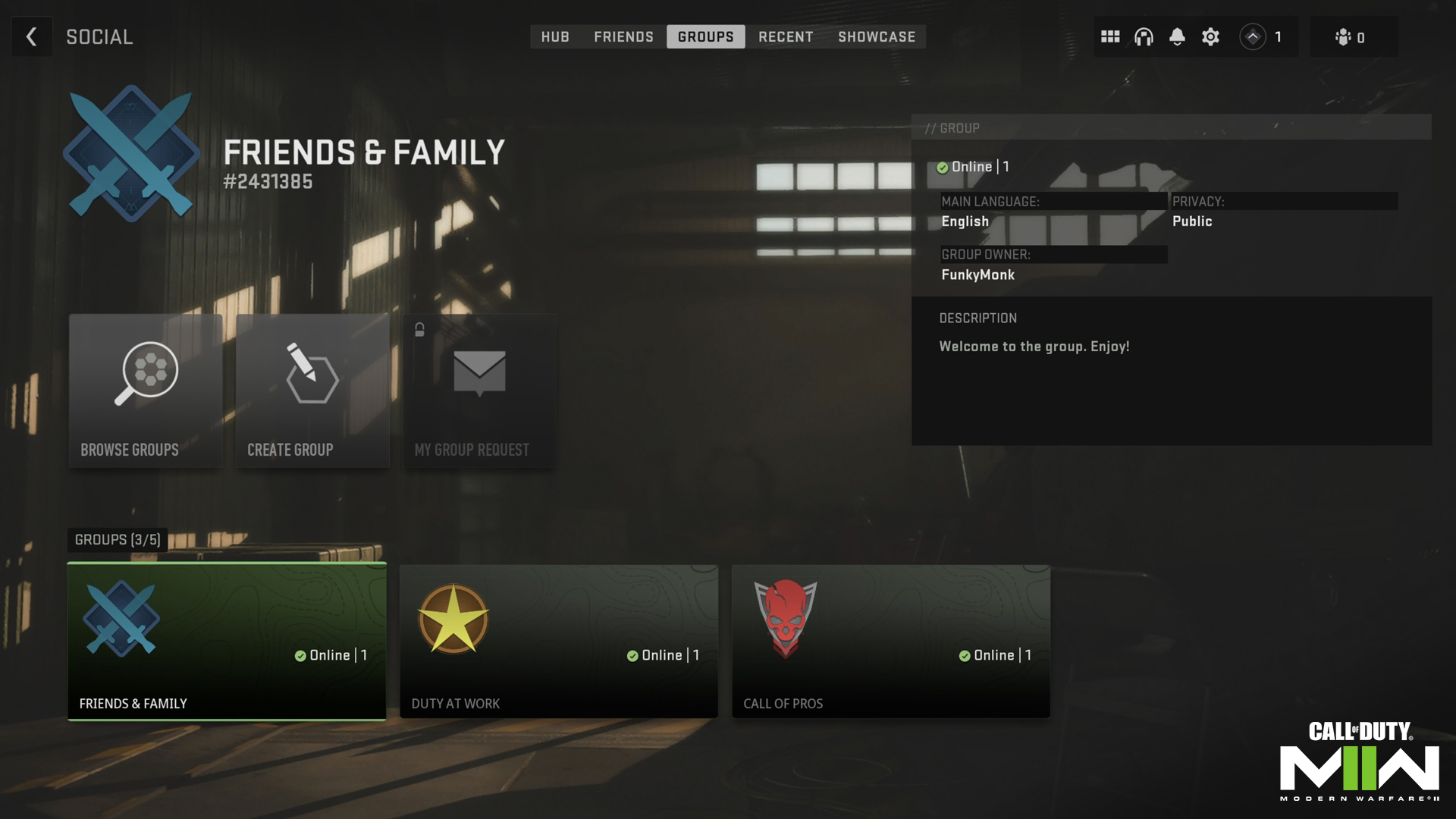 For starters, you can open either Warzone 2 or MW2 and then go to the main lobby screen. From here, you can open the in-game launcher, which can be accessed by pressing “Options” on controller or F1 on keyboard. Then, hit the Social box that will appear next to COD HQ.

In the Social tab, you will see another tab that you can scroll to, called “Groups.” Here, you will be able to browse the list of public groups, enter a passcode to join a private group, or create your own. If you wish to create your own, you will need to type in a name for the group and give it a label. There are three main labels to choose from, including: Call of Duty–based, Vibe-based, and Community-based. Give your group the appropriate label, decide whether you want it to be public or private, and then finish the process. 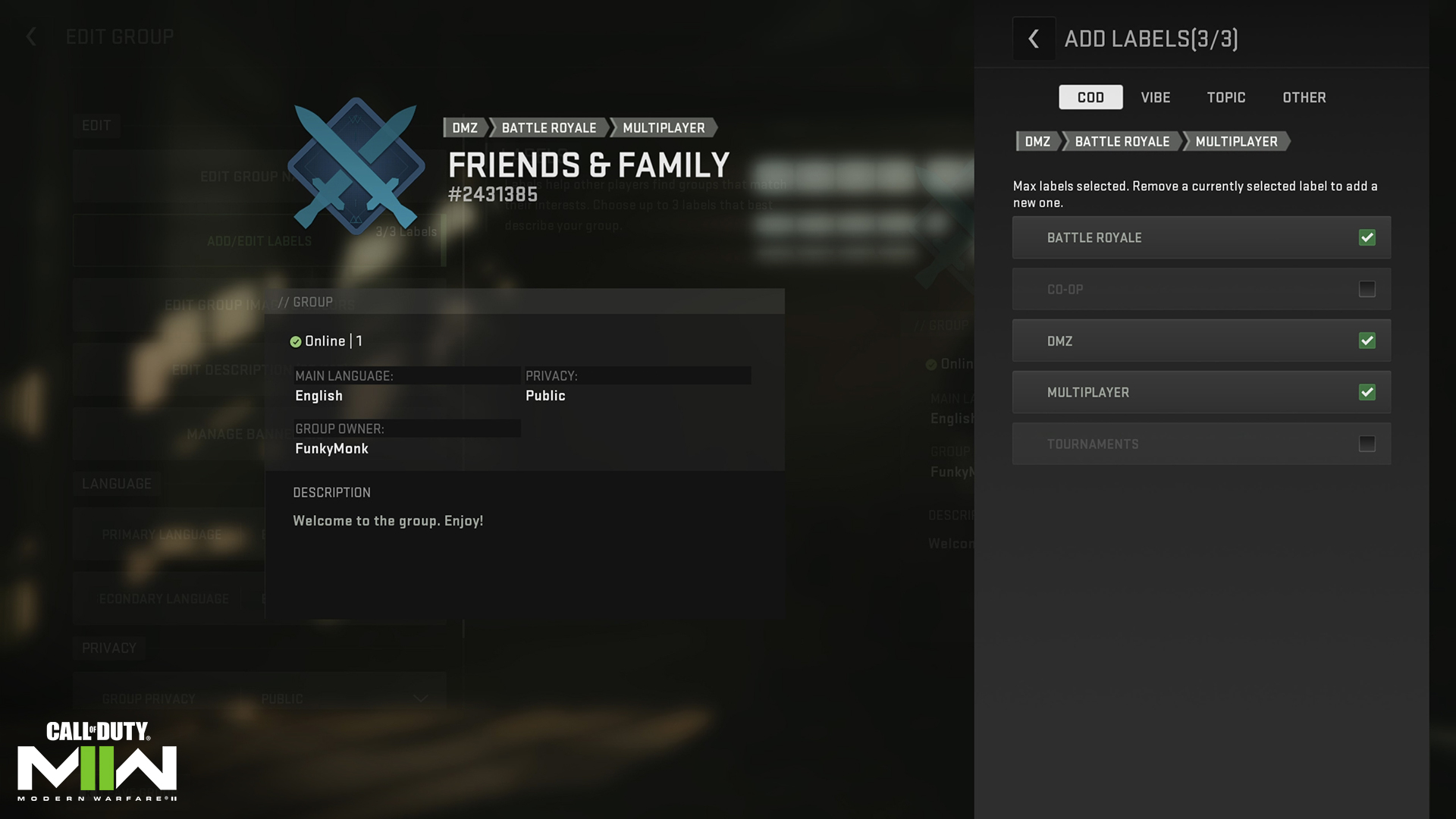 Now you too have a group that you can invite friends to — or one people can join freely, if you’ve made it public. This will make it easier to connect with members of your community. You can also party up with them in-game or chat with the group as a whole.