How to calculate damage with the Pokémon Damage Calculator - Upcomer

How to calculate damage with the Pokémon Damage Calculator

A breakdown of all this resource has to offer 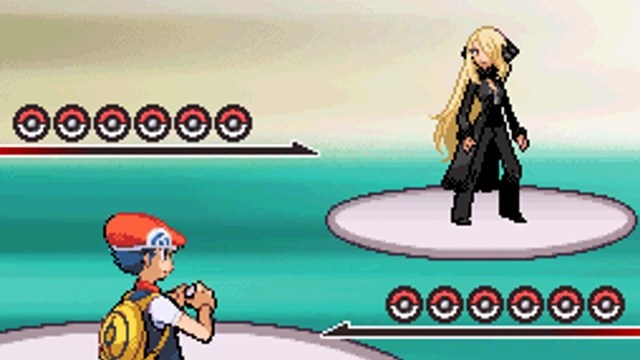 Provided by YouTube via SupaBilly Damage calculations can come in handy when facing some of the more difficult non-playable characters in the Pokémon franchise.

The Pokémon Damage Calculator is a useful tool for all kinds of Pokémon players. Whether they’re preparing for common scenarios in the competitive Video Game Championship or trying to figure out how their Pokémon will fare against an in-game Gym Leader, this resource can provide trainers with very valuable information.

Thanks to Pokémon Showdown, figuring out how much damage a Pokémon can deal with a certain move doesn’t have to be a guessing game. Here’s a walkthrough of how to use the Pokémon Damage Calculator.

Before getting into the damage calculations themselves, there are several initial settings players should check in the Pokémon Damage Calculator. The first thing to set is the generation. While VGC players will always want to have it set to the most recent generation, anyone playing through an old Pokémon game should adjust the calculator accordingly, since Pokémon’s stats and the effects of certain moves can vary from generation to generation.

Here are all of the generation options and which Pokémon games they correspond to:

Another pair of options at the top of the screen lets players choose how they want their damage calculations displayed. The default setting “100%” will show calculations as a percentage of the opponent’s Hit Points. Meanwhile, “48th” shows damage as a fraction of 48. This is helpful when calculating for a Pokémon game on cartridge, as these games display HP in segments of 48.

Next, the default “One vs One” setting lets players see how one Pokémon stacks up against a specific opponent. Conversely, players can create a moveset for a given Pokémon and then click “One vs All” to see that Pokémon’s best move against every Pokémon in the selected format. Similarly, “All vs One” shows the best move that every Pokémon in a selected format has against a specific Pokémon. Finally, “Random Battles” allows for 1v1 calculations where every Pokémon has 31 Individual Values and 84 Effort Values in every stat, which is the standard for random battles on Pokémon Showdown.

How to calculate damage with the Pokémon Damage Calculator

Once these settings have been properly established, trainers can get into the meat of using the Pokémon Damage Calculator. In the middle section, players can indicate whether they are calculating for a Doubles or Singles match. They can also set the weather, terrain and whether either side of the field is affected by any sort of entry hazard or collective buff.

From there, players can indicate the level, EVs, IVs, Nature, Ability, held item, status condition and current HP of each Pokémon they want to calculate damage for. They can also select whether those Pokémon have experienced any stat boosts or drops. Players who are running a calculation for an NPC battle may not necessarily know their own Pokémon’s EVs and IVs. Nevertheless, they can tinker with the specific values until the stats listed on the right side match their Pokémon’s stats.

Finally, users can put in the movesets for the Pokémon they are checking at the bottom of the screen. Then, players can click on those moves toward the top of the screen to see how much damage each of them will do to the designated opponent. The Pokémon Damage Calculator will display the range of possible damage outputs. It will also present the odds that the selected move will kill within a certain amount of hits.

To avoid spending too much time adjusting settings, trainers should make sure only to check the stats that are relevant for their calculation. For example, someone who only wants to know whether one Pokémon outspeeds the other only needs to make sure the listed Speed stats are correct. Likewise, making sure that the HP and Defense stats are correct is all that matters when checking how much damage a Pokémon will take from a physical attack.