How many people are playing Warzone 2? - Updated player count (2023)

How many people are playing Warzone 2? – Updated player count (2023)

The player count is dropping rapdily 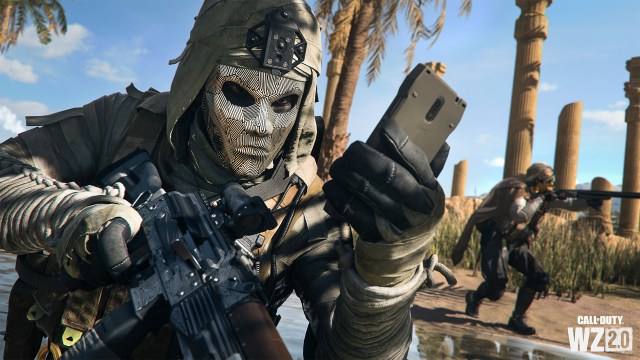 Call of Duty: Warzone 2 has only been out for two months, but its player count is already the subject of some controversy. When Season 1 launched in mid-November, hundreds of thousands of players immediately hopped on Warzone 2 to experience the new version of the popular battle royale. On Steam, we know that the maximum player count reached nearly 500,000 on day one. We aren’t able to see how many users played the game on other platforms, but we do know that Warzone 2 garnered over 25 million total players one week after its initial release.

With these kinds of numbers, many expected Warzone 2 to continue to see player counts in the millions over the next several months. However, since Season 1 began, Warzone 2 has been hemorrhaging total players. Recent Steam charts show that the peak player counts have dropped significantly since November, with January only reaching a peak of roughly 150,000 players. Those numbers are quite concerning, and as a result, fans want to know exactly how many players are currently playing Warzone 2.

Unfortunately, there is no comprehensive way to see the total number of players in Warzone 2 across all systems. We don’t have access to PlayStation or Xbox’s player count numbers and the same goes for Battle.Net as well. We do have access the Steam numbers, though, and it’s likely that the trend Steam is seeing can be applied to all other systems as well.

This image from content creator JGOD shows the drop-off in players that Steam has seen in Warzone 2.

According to this chart, the second week in January saw a maximum peak of just over 120,000 players. Since that’s just the peak number of players, the average player count across an entire day is likely much lower.

Of course, when we factor in every other system, the total player count for Warzone 2 is presumably in the 400,000-500,000 range. That’s far from a dead game, and it shows that Warzone 2 will continue to attract players. However, the lack of recent content in Warzone 2 has certainly been a cause for the drop in overall players. In addition to that, it’s no secret that a majority of fans seemingly enjoyed the original Warzone mechanics compared to the new ones introduced in Warzone 2.

It remains to be seen if the developers and Activision can do enough to get Warzone 2’s player count back to where it was in November.