How long is the Modern Warfare 2 campaign?

How long is the Modern Warfare 2 campaign?

The length of the MW2 Campaign 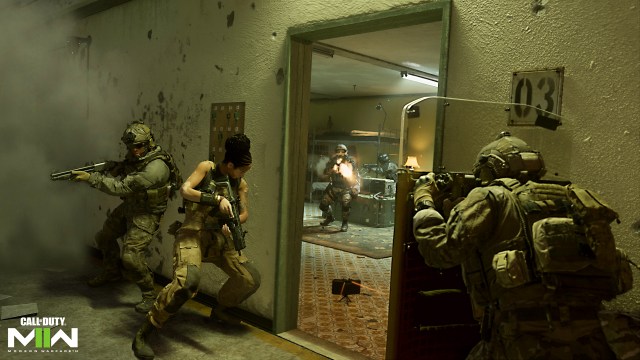 The Call of Duty: Modern Warfare 2 campaign is finally out for the players who digitally pre-ordered and many of those players have already dug their teeth deep into the mode.

So far, the reviews for the campaign have been generally positive. Visually, the game looks stunning, especially at high settings on PC, and the story is cohesive with likable characters. All of that aside, though, Activision is offering some sleek rewards for any player that completes the campaign. As such, players might be wondering just how long it takes to beat the MW2 campaign so they know just how far away they are from earning those rewards.

While there is a general timeframe in which most players should complete the campaign, there are always some extenuating factors that go into determining the length of a single-player story. Factors such as the difficulty level, attention to detail, and going for achievements can all play a part in how long it will take players to beat the mode.

Generally, though, players can expect to sink roughly 6-8 hours into the Modern Warfare 2 campaign to fully beat it. It might take players six hours if they truly breeze through it, skipping cutscenes and playing on the easiest difficulty level. However, if players crank the difficulty up to Hardened and take their time with the story and its gameplay, then eight or possibly nine hours could be the final number.

This is roughly on par with every other Call of Duty campaign. Activision has never been one to develop a campaign longer than eight or so hours. This is great for players who are just looking to earn the campaign rewards so they can use them in multiplayer. Although, it’s also a solid number for true fans of the campaign that might replay it two or three times.