How does the Progression System work in Modern Warfare 2?

How does the Progression System work in Modern Warfare 2?

Fans of the classic system will be disappointed 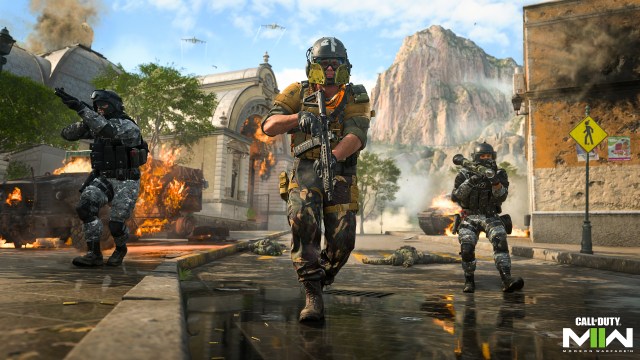 Along with a plethora of other information released today, Activision has dropped a full explanation on how the Progression System works in Call of Duty: Modern Warfare 2. There was some mystery about the Progression System before today, as fans were unsure how Activision was going to handle it. Some fans were hoping for a return to the classic system, where players could prestige and earn a different icon and reward while losing all of their progress.

In Modern Warfare 2, the Progression System has not changed from the past three years with the exception of some minor details.

The Progression System in Modern Warfare 2

As Activision laid out in the blog post, MW2 will return to a seasonal prestige system. This includes the base 55 military ranks and then a seasonal prestige level. Players can increase that level all the way up until the current season ends. Along the way from level 1-55 in the military ranks, players will unlock all weapon platforms, loadout items, and Spec Ops Kits. The Spec Ops Kits are solely for Spec Ops and can be used to replay missions and complete challenges in that mode.

At launch, players will be able to achieve max military rank, level 55, and then go on to gain seasonal prestige levels. Once Season 1 arrives on Nov. 16, players above level 55 in the military ranks will have their level reset back down to 55. Players beneath military rank level 55 will keep their level.

Something new that’s coming to the Progression System in MW2 is a new Battle Pass. There’s no word on what’s special about this Battle Pass compared to others we’ve seen in COD. However, fans can still expect to earn content through this Battle Pass, both on the free and premium versions. There could be new ways of unlocking the content, though.

We won’t see this Battle Pass until Season 1 releases on Nov. 16. So fans have three weeks to rank up and wait for a whole slew of seasonal content. We will hear more about this Progression System in as future blog post.