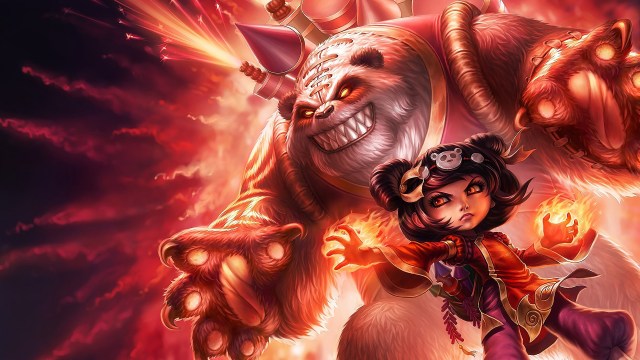 Although there will not be another Teamfight Tactics patch until after the new year, 2023 will start with a bang quite literally. That’s because the first patch of the new year will feature a slew of new cosmetics not only coming to League of Legends, but also to TFT in celebration of the yearly Lunar Revel event.

This year the content plan is different. In a series of two deleted tweets made by the Riot Japan Twitter account, the company revealed that there will be four new Little Legends coming to the game in the Lunar Revel event with one being brand new and the three others being Lunar Revel versions of popular Little Legends.

Joining the Little Legend roster for the first time is Bun Bun, a cute rabbit Little Legend that is coming out thanks to the “Year of the Rabbit” theme of this year’s Lunar Revel event. The three other Little Legends are Gloop, Melisma, and Poggles.

On top of the Little Legends, there will be a new Mythic tier arena which is Year of the Rabbit themed. This arena is similar to last year’s Lunar Revel arena but instead of being locked behind a bundle, it will be placed inside eggs that players will have to purchase and try to pull which has been the norm in TFT over the last several months.

Speaking of Mythic tier content, a datamine revealed that Annie and Panda Annie will be the new Chibi Champion coming to the game in the next event. The latter will be the Mythic variant and can only be acquired through chests.

To round out the jam-packed content for this event, it is rumored that there will be a special limited-time game mode exclusive to TFT that will debut with the launch of this event but no details have been revealed at the publishing of this article.