Frozen Heart to be replaced with Fimbulwinter in TFT 7.5

Frozen Heart to be replaced with Fimbulwinter in TFT 7.5

Two new Treasure Dragons round out the mechanic updates in TFT 7.5. 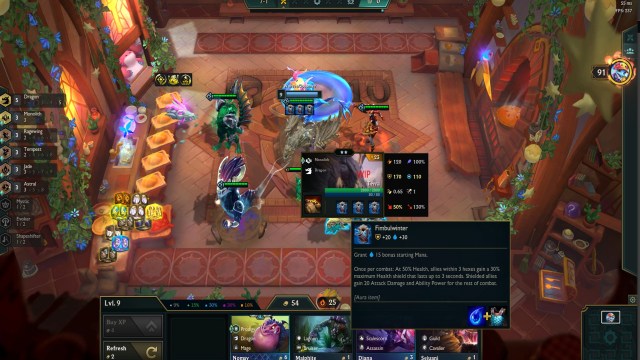 Provided by Riot Games Frozen Heart is no more as Fimbulwinter is designed to be a true frontline tank item.

The new mid-set update for the Teamfight Tactics Dragonlands expansion has officially been revealed. Upcomer is here to show you all the new things we got to explore during an exclusive playtest. Here is a breakdown of the new mechanic updates coming to TFT 7.5, Dragonlands: Uncharted Realms which includes a look at the new Frozen Heart replacement, Fimbulwinter.

The Chaos Treasure Dragon shop, however, is a little whacky. To throw games for a loop, this shop can contain things that cant be found in regular shops. Things like Emblems and Target Dummies are present in this shop.

These shops are currently set to a 40% chance for the original and 30% for both the Chaos and Radiant versions meaning that every game has a realistic possibility to have a different dragon from the last.

As for item changes in TFT 7.5, it has finally happened Frozen Heart is no more. The item — usually built on Assassins—  has been hard to play against for a long time. The development team took their time to come up with a solution; they believe they have found it with the introduction of Fimbulwinter. The item will build out of Tear and Chain Vest, just like Frozen Heart, but will have an entirely different effect.

Fimbulwinter is similar to the old version of Redemption; however, instead of health regen, it’s a shield. When the holder drops below 50% health, allies within a three-hex radius of the holder will get a shield and then gives those allies increased damage for the duration of the fight. This is another tank item option to give more flexibility to wanting to put items on frontline champions.