Only Brehze, CeRq and daps remain on the team's roster 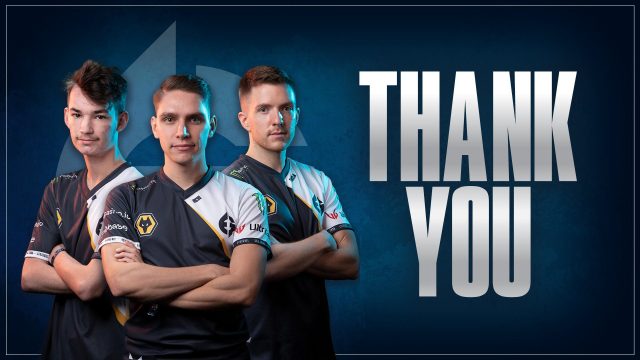 Evil Geniuses have announced the release of Peter “stanislaw” Jarguz, Owen “oBo” Schlatter and Michał “MICHU” Müller, according to a statement on Twitter from the team on Saturday. EG are one of a few remaining North American organizations that have historically competed at the highest level of Counter-Strike: Global Offensive.

“In the new year we look forward to coming back stronger and continuing to prove our dedication to NA CS:GO,” the statement reads.

In the new year we look forward to coming back stronger and continuing to prove our dedication to NA CS:GO. pic.twitter.com/mRTYn1tWNn

The changes come after a dismal appearance at the PGL Major Stockholm 2021. The team qualified for the event with Legends status after placing fifth at IEM Fall NA. In the Legends stage, the team went 0-3 with losses to FaZe Clan, Copenhagen Flames and Team Vitality.

“I want to thank my teammates, and everyone involved in EG for the time we spent together,” MICHU said. “We didn’t achieve what we wanted, but it was a valuable experience for me. I’ve learned a lot, and I’ll benefit from that period in the next team I’m going to play for!”

“Thank you to Evil Geniuses for the opportunity over the last two years to fulfill my passion and compete against the best teams in the world,” stanislaw said. “Recent times were tough, but throughout our history, we managed to reach new heights as a team that none of us had reached before.”

The remaining EG roster is as follows: