Everything to know about The Big House 10 - Upcomer

Everything to know about The Big House 10

One of the biggest Smash majors is finally back 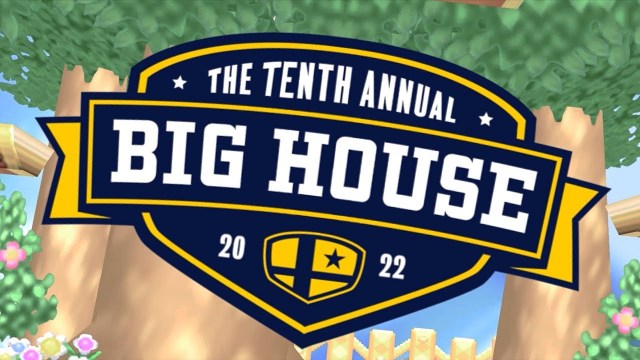 Provided by Beyond the Summit - Smash via YouTube While Nintendo prevented this series from being truly annual in 2020, the tournament is finally back with its formal 10th iteration.

One of the longest-standing Super Smash Bros. tournament series is returning to Detroit, Michigan for the first time in three years. The Big House 10 will be the second-biggest tournament of the year for Melee and one of the most stacked tournaments all year for both Melee and Ultimate.

Despite the tournament organizers’ rocky relationship with Nintendo in the past, this event will be part of the Nintendo-partnered Panda Cup. With three Panda Cup Finale spots on the line for both main games, here’s everything viewers should know about The Big House 10.

The Melee Singles bracket at The Big House 10 is poised to be a bloodbath; the top eight seeds have all reached grand finals at a major this year, with five of them having won at least one major. For Juan “Hungrybox” DeBiedma, Zain “Zain” Naghmi, and Cody “iBDW” Schwab — the top three seeds and current frontrunners for No. 1 on the year-end MPGR — this tournament is all but a must-win.

Meanwhile, Justin “Plup” McGrath could also make a breakthrough at this event. Since his disappointing 13th-place finish at Genesis 8, Plup has not placed lower than second at any offline tournament. Although this Genesis-caliber bracket could pose trouble for Plup, he will still aim for his first major win of the year.

this tournament is going to be absolutely insane lmao

No. 1 seed Paris “Light” Ramirez is a safe pick to go far in Ultimate Singles, since he has placed no lower than third at any tournament this season. He will likely be on a collision course with No. 2 seed Angel “Onin” Mireles, the Smash Con champion who has looked nearly unstoppable at his peak. While the two have never played, Light’s recent win over Mashita “acola” Hayato suggests he is prepared to do well against Onin’s Steve.

In addition, Aaron “Aaron” Wilhite could have a favorable bracket path at The Big House 10, based on the current seeding. If he can make it to top 32, he is projected to face Salvatore “Zomba” DeSena and Light, both of whom he beat in their most recent sets. From there, Aaron is likely to face Michael “Riddles” Kim or Gavin “Tweek” Dempsey, both of whom he has beaten, followed by Onin or Enrique “Maister” Hernández Solís, neither of whom he has played offline.

How to watch The Big House 10

Beyond the Summit will stream The Big House 10 on the following Twitch channels: btssmash, btssmash2, btssmash3, and btssmash4. Before the event even begins, the main btssmash channel will stream reruns of Melee and Ultimate top eight from The Big House 9 on Thursday.

Both Melee Doubles top eight and Ultimate Squad Strike top eight will start at 11 a.m. on Saturday. Afterward, round two pools for both games will resume at 2 p.m. From there, Melee top 64 and Ultimate top 96 will both start at 6 p.m.

Championship Sunday will kick off with top 24 of both Melee and Ultimate Singles at 11 a.m. Then, Melee top eight will start at 2 p.m., followed by Ultimate top eight at 6 p.m. In addition, there will be a number of side events throughout the weekend. These include Rivals of Aether, Splatoon 3, chess and more. The full schedule of side events is available on The Big House website.