Everything to know about DreamHack Rotterdam Smash Championship 2022 - Upcomer

Everything to know about DreamHack Rotterdam Smash Championship 2022

Another Smash World Tour major is coming to Europe 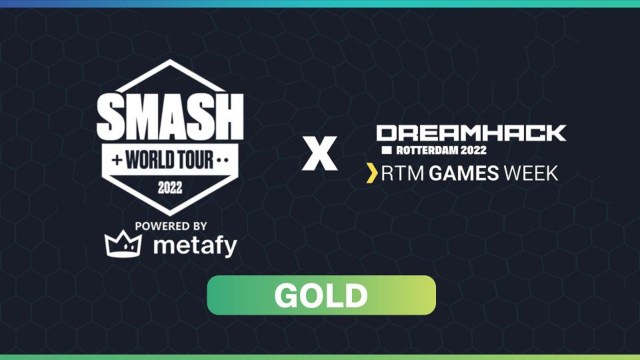 Provided by @SmashWorldTour via Twitter Much will be on the line at the latest DreamHack Smash major.

The next major stop of the 2022 Smash World Tour will take place this weekend in the Netherlands. DreamHack Rotterdam 2022 will be a Smash World Tour gold-level event for both Melee and Ultimate and a Smash Summit 14 qualifier for Melee.

This tournament is slated to feature more than 300 Smash players, including some of the best Melee players in the world. Here’s everything viewers need to know about the DreamHack Rotterdam Smash Championship 2022.

Pack your bags, because we're going to the Netherlands this weekend!

Following his disappointing 17th-place finish at The Big House 10, William “Leffen” Hjelte will look to bounce back with a strong showing at his first European Melee major of the year. He has a winning record for the year against Zain “Zain” Naghmi, one of the frontrunners to win the tournament. However, he has not played the other main contender, Cody “iBDW” Schwab, since last year.

Since the aforementioned players have already been invited to Summit, the most likely pick to earn the Summit spot is Álvaro “Trif” García Moral. Trif placed fourth at the Smash World Tour Championships last year, besting Masaya “aMSa” Chikamoto and many other top 20 players in the process. However, his only major tournament appearance so far this year was at Fête 2, where he played solo Falco, making it unclear how his Peach will perform at the DreamHack Rotterdam Smash Championship 2022.

Amid a field of high-level European players, the United States’ Michael “Tilde” Tedesco is the frontrunner to win Ultimate Singles at this event. Last month, he overcame the likes of Salvatore “Zomba” DeSena and Christian “Peabnut” Londoño to win Riptide 2022.

PhoenixSmash will provide the primary broadcast for the DreamHack Rotterdam Smash Championship 2022 on Twitch. The tournament will begin with Melee crew battles and Ultimate Squad Strike at 7 a.m. ET on Friday. There will also be other side events later in the day. These include an all-random best-of-one Ultimate bracket, a one-stock bracket and an old-school ruleset bracket for Melee, and even a rock-paper-scissors tournament.