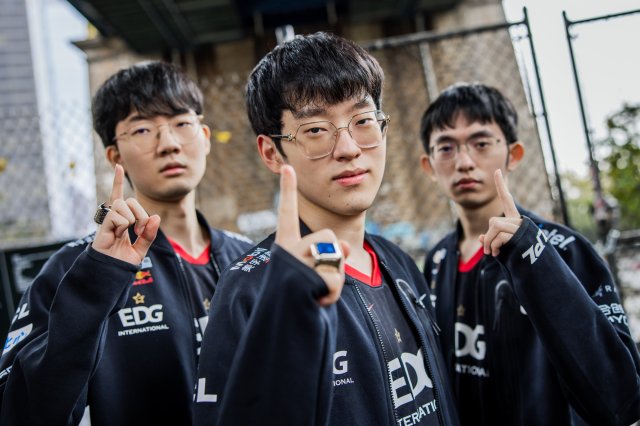 Group A of the League of Legends World Championship 2022 concluded today with T1 and EDG making it through group A and into the main stage. This also means that Fnatic and Cloud9 will not be making it through the group stages and will be eliminated from the competition.

At the beginning of today, T1, EDG and Fnatic had a 2-1 record, with Cloud9 having lost all three games and sitting at the bottom of the group.

The second day of groups would prove to be much better for the eastern teams; T1 was able to beat Fnatic and improve their record to 3-1 and EDG was able to improve to 4-1. With Cloud9 taking their first win against Fnatic today and the Europeans going winless, group A seems all but secure for both T1 and EDG.

T1 was one of the strongest teams in the LCK this year, and is led by the undisputed best player in League of Legends – Lee “Faker” Sang-hyeok. On the other hand, EDG are the defending League of Legends world champions. Despite only getting third in the LPL Summer Split 2022, the team has come back strong and dominated the competition in group A. A lot of EDG’s success has come from Tian “Meiko” Ye’s Thresh — he has been dominating every single lane that he has played in. As the two favorites of the group, T1 and EDG certainly have all eyes on them heading into the next stages.

While Group A has been decided, there are three groups remaining to play out to determine which teams will make it into the final playoff bracket. At the moment, Rogue, RNG and JDG top their group with spotless 3-0 records. Catch the action on Friday as Group B will play out the rest of their matches.