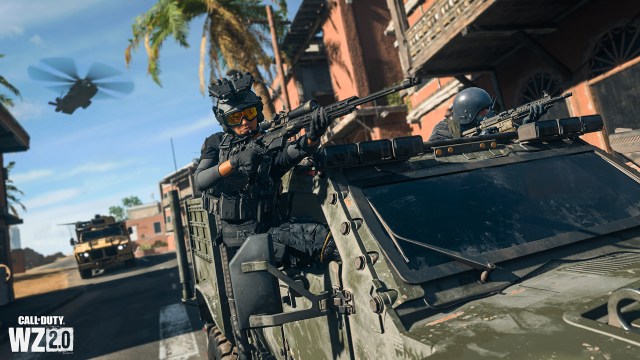 The new pinging system in Call of Duty: Warzone 2 has been a terrific way for teammates to communicate with one another.

The feature was introduced in the original Warzone and has made its way to Warzone 2 with basically the same features. However, players have had one main complaint with the pinging system in the sequel. Due to the default white color of a ping, players often find it difficult to see where their ping is on the map in Warzone 2. The red pings, of course, can be seen with ease. But the default white pings, which are more common, can be almost invisible on certain parts of Al Mazrah.

Luckily, there’s an easy way to change the color of your ping. This can be done through the Warzone 2 settings menu with just a few, simple clicks. You can read about the color-changing process in the guide below.

Changing the ping color in Warzone 2

Here’s the steps to change your ping color:

If you’ve done everything correctly, then you should be able to pick the new color of your default pings in Warzone 2. We recommend a color that is bright enough to show up on even the lightest parts of Al Mazrah. However, you don’t want to pick red, as that’s the color of the danger ping. Something like light green or blue makes the most sense, but it’s up to you in the end.

Related: Read about how to ping in Warzone 2 on PC Invasion.