Dr Disrespect wants this one aspect of Modern Warfare 2 changed

Dr Disrespect wants this one aspect of Modern Warfare 2 changed

The doctor has spoken 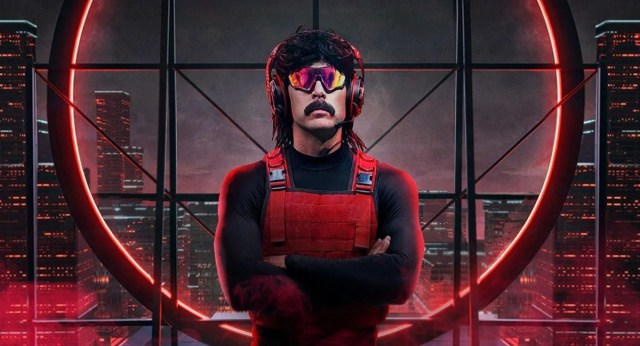 During the Call of Duty: Modern Warfare 2 open beta, thousands of players experienced the game for the first time. This included casual players, professionals, and content creators.

To say that the player base had feedback about the game for developer Infinity Ward would be an understatement. From content creators speaking out to players leaving feedback comments on Reddit, the feedback rolled in over the course of the two-week beta. Some of this feedback even came from popular YouTuber streamer Guy “Dr Disrespect” Beahm, who still has a lot to say about MW2.

Dr Disrespect thoroughly played the MW2 beta, generally having a good time with the game. However, there was one issue that continues to plague the streamer leading up to MW2’s release on Oct. 28.

During a recent live stream, Dr Disrespect commented on the MW2 beta and his experience with the multiplayer. After a particularly rough session of Warzone, the streamer commented that he’d like to play MW2 multiplayer.

He saidS: “Right now would be a good time to play Modern Warfare 2 multiplayer. Level up some guns, level up my guy, learn the maps.”

From all accounts, the Doc actually seemed to enjoy his time with the multiplayer. But there was one key issue that sullied the experience for Doc during the beta.

“I thought Modern Warfare 2’s multiplayer was actually pretty good until that [skill-based matchmaking] started f*****g kicking in,” Dr Disrespect explained. “I don’t want to be at the edge of my seat every single moment.”

For players unaware, skill-based matchmaking is a controversial system in Call of Duty that’s been a prevalent talking point since Modern Warfare 2019.

During this time, players felt the developers truly cranked up the system, resulting in players being matched up with enemies and teammates right around their skill level. While this does protect less-experienced players, it causes veteran players to try extremely hard in casual lobbies, as they’re always matched up with equally skilled players.

Many fans have spoken out against SBMM, stating that this kind of matchmaking only belongs in a Ranked Play mode. Casual playlists should prioritize connection over skill level, according to this vocal crowd.

In the beta of MW2, it seemed like player experiences differed when it came to SBMM. Some felt it wasn’t that strong while others, like Dr Disrespect, thought it was entirely too much. We’ll see if the developers make any tweaks to the SBMM system before MW2’s launch, but players can bet the system isn’t going to disappear entirely.