The talented roster exceeds expectations since moving to North America 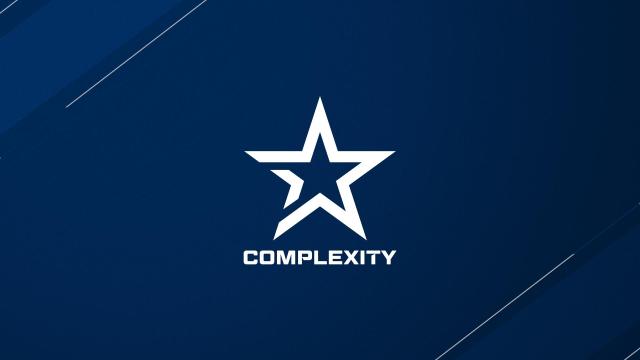 Complexity is returning to the RLCS after a two-year absence, the organization announced on Thursday. They have signed the former True Neutral roster of Facundo “Shad” Vallerino, Victor “Reysbull” Duran Parra, Lautaro “ajg” Gusinsky and team coach Lucas “Aguesome” Rodriguez.

Complexity previously competed in the European Rocket League Championship Series until disappointing results saw them relegated and ultimately depart the scene entirely. After the south American True Neutral team moved to Mexico in order to compete in the North American region and immediately achieved excellent results, the organization announced they were looking to sell the roster in order to give them better opportunities.

According to Twitch and YouTube content creator Charlie “MoistCr1TiKal” White, a bidding war had started between various large organizations, including the streamer’s own Moist Esports. Now, a day before the final fall regional, it appears Complexity has been chosen to take over the roster, despite Moist Esports putting in the highest bid.

Start your engines. We're back. 🚗⚽️

True Neutral was expected to do decently in North America after their convincing RLCS Season X win in South America. But with a top-eight finish and a top-four finish in the first two regionals respectively, the new Complexity roster slightly exceeded expectations. Complexity will compete in the final NA fall regional from Nov. 12 through Nov. 14, where they will fight for one of four remaining spots for the first RLCS LAN in two years. That event, the fall major, is set to happen from Dec. 8 through Dec. 12 in Stockholm, Sweden.

With the successful True Neutral roster departing their organization, they had suddenly become a hot commodity. According to MoistCr1TiKal, Moist Esports had put in the highest bid to pick up the RLCS team, but the roster decided to go with a more established organization in Complexity. MoistCr1TiKal has said on stream that he is a fan of the RLCS and is looking to enter the scene, but will have to continue his search for a roster.

Meanwhile, Complexity is back in the RLCS with a strong team. Complexity’s best result in the RLCS came at the season 5 World Championships, where they finished in third place. They fell to Dignitas – considered to be the strongest Rocket League line-up of all time – in the semi finals. Since then, Complexity has struggled to stay on top and ultimately fell out of the RLCS entirely.

“Signing this top-tier roster is the ideal way to make our return to Rocket League,” Sören Vendsahm, general manager and VP of talent at Complexity Gaming, said. “The squad has proven their dominance in South America and amassed a wildly passionate fanbase. We’re looking forward to building on that foundation and helping the team to evolve into a top contender in North America.”

Complexity is one of the various large organizations entering or returning to the RLCS. After Evil Geniuses, Natus Vincere and Misfits Gaming joined earlier in the season, Rocket League is rapidly growing in popularity among the organizations.