Can you unlock heroes for free in Overwatch 2? - Upcomer

Can you unlock heroes for free in Overwatch 2?

How to add every new character to your roster 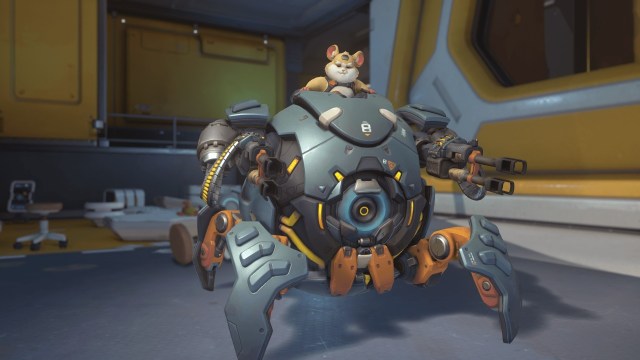 Provided by Blizzard Entertainment Wrecking Ball is one of many unlockable characters available in the sequel to Overwatch.

In many ways, Overwatch 2 marked a significant shift from the first game in the series. Perhaps the biggest change was the removal of the game’s price tag. While Overwatch initially launched for $40, its sequel is completely free-to-play.

Naturally, the new monetization model means there are other ways for the developers to make money off of the game. As a result, players may be wondering whether this change affects the character unlock process. Here’s everything players need to know about whether they can unlock heroes for free in Overwatch 2.

Can you unlock heroes for free in Overwatch 2?

Like just about any other free-to-play game, players have the option to spend money in order to instantly unlock characters. However, the good news is that this isn’t required. Players who are willing to put some extra time into the game can unlock all of the heroes for free in Overwatch 2.

The base roster of Overwatch 2 includes Lucio, Mercy, Moira, Orisa, Pharah, Reaper, Reinhardt, Soldier: 76, Torbjorn, Tracer, Widowmaker, Winston and Zarya. Due to the game’s First Time User Experience, all other heroes must be unlocked.

To unlock these extra characters from the first game, players simply need to play a certain amount of matches. Here’s how many matches it takes to unlock each of the returning heroes:

How to unlock new characters

Unlocking the newcomers is not quite as simple as playing a set number of matches. Nevertheless, these new heroes are still available to unlock for free in Overwatch 2. Anyone who had an account in the original Overwatch will get Sojourn, Junker Queen and Kiriko for free as long as they log into Overwatch 2 by February 7, 2023.

Otherwise, there are two main methods for getting new Overwatch 2 characters at no cost. The first is to reach level 45 of each season’s battle pass, as doing so will unlock the most-recently released hero. However, players can also get newcomers from previous battle passes by completing challenges that involve mastering their abilities in the Practice Range and then winning matches with them.