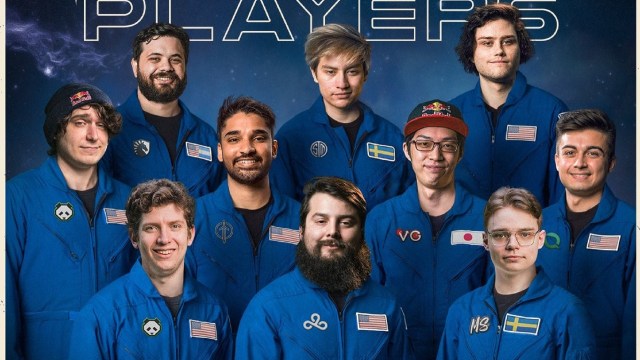 Provided by @BTSsmash via Twitter This time around, Summit will have a space theme.

Beyond the Summit announced Thursday the line-up of invitees for Smash Summit 14, its next Super Smash Bros. Melee invitational. In addition, the organization revealed that its upcoming event will have an outer space theme.

The following invitees will compete at Smash Summit 14 in Los Angeles, California, from November 3-6:

Sending the stars… to the stars 💫

They will be joined by two competitors who will earn their spots at qualifiers: one from The Big House 10 next weekend and one from DreamHack Rotterdam 2022 the following weekend. Then, the final four slots will go to vote-ins.

On Wednesday, Beyond the Summit announced a few changes to its voting system ahead of Smash Summit 14. With this update, individual players will be able to contribute more money during the voting process. As a result, Smash Summit 14 shouldn’t have as low of a prize pool as Smash Ultimate Summit 5 did.

More about the Smash Summit 14 invitees

The Smash Summit 14 invitees list includes everyone ranked in the top seven of the Summer 2022 MPGR. It also includes Mang0, who is poised to rise up the end-of-year rankings thanks to his first-place finish at Super Smash Con 2022.

Meanwhile, Wizzrobe will return to Summit following a streak of inactivity in the first half of this year. However, he now adds Smash Summit 14 to a roster of planned tournament appearances that also includes Lost Tech City 2022, The Off-Season and the Panda Cup Finale. As a result, this invitational could be a step on his climb back to the top 10.

For Pipsqueak, trying to get to Summit has been a turbulent journey. He qualified for Smash Summit 11 due to his top placement at the halfway point of the European SAME circuit, but had his invitation deferred when he was unable to enter the United States in time for the event.

Then, after attending Smash Summit 12, he qualified for Smash Summit 13 by winning the SAME 2021 Finale. However, Pipsqueak caught COVID-19 and had to drop out of Smash Summit 13, causing his invitation to get deferred again. Smash Summit 14 will be the fourth consecutive Summit he has been invited to and — if all goes as planned — the second Summit he will actually attend.