There are two blueprints to choose from 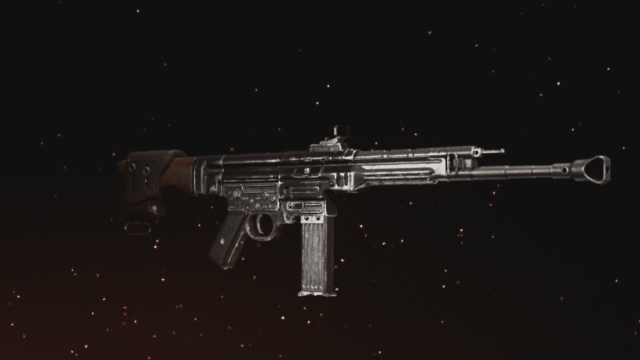 Provided by Activision The STG44 in Call of Duty: Vanguard

The STG44 assault rifle from Call of Duty: Vanguard has arrived in Warzone. Earlier this week, Activision decided to let fans get accustomed to some upcoming Vanguard weapons on Verdansk. The developer added the STG44 and M1 Garand rifles to Warzone by way of the Season 6 battle pass. Players can unlock over 20 tiers of Vanguard cosmetics, including two weapon blueprints for both the STG44 and M1 Garand.

As the STG44 is a bit more popular in the community, its blueprint is the cropping up more frequently in Warzone. However, players are wondering which of the weapon’s two blueprints they should use for the most success in the battle royale. Each blueprint features different attachments, leading to more questions from players. Below, fans can have their questions answered and find out which STG44 blueprint is best in Warzone.

The two weapon blueprints featured on the Season 6 Battle Pass are Warning Track and Bonerattler. Both of the blueprints have a certain set of attachments but there are no descriptions for them. This has left players in a tough spot, as they don’t know which one has the better attachments.

This loadout allows the STG44 to utilize some extra mobility and it has a solid optic and extra ammunition. The Monocular Reflector was the best optic in the Vanguard beta, as it acts like a GI Mini Reflex in Warzone. The Extended Mags, and attachments like the Removed Stock, also separate the Bonerattler blueprint from its counterpart.

If players want the most success in Warzone with the STG44, the Bonerattler is the way to go so far.