Best Nature for Sprigatito, Floragato, and Meowscarada in Pokemon Scarlet and Violet

Best Nature for Sprigatito, Floragato, and Meowscarada in Pokemon Scarlet and Violet 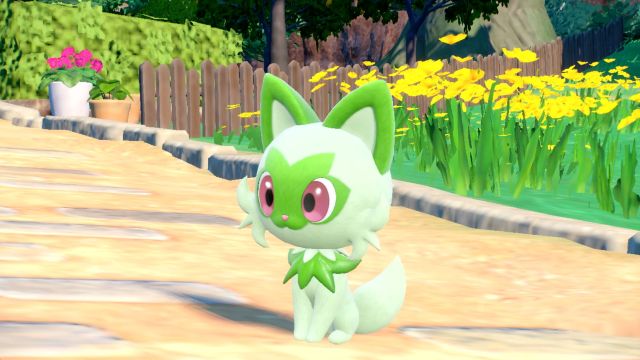 Provided by Nintendo The Sprigatito line excels at physical attack and speed.

Natures are sort of like a Pokémon’s personality. But it’s more than just for show. A Pokémon’s nature also works as a bane/boon system. Every nature gives a Pokémon a stat boost while also giving the same Pokémon a nerf in a different stat. If players want to min-max their Pokémon, the right nature is critical. And the first Pokémon players get in Pokémon Scarlet and Violet is their starter Pokémon. Having the right nature on the starter pokemon is vital for optimal progression. With that said, here is the best nature for the Grass-type starter Sprigatito and its evolutions, Floragato and Meowscarada, in Pokémon Scarlet and Violet.

The neat thing about Pokémon is that it can be enjoyed by everyone. Players that want to play the game casually can go through the region, play through the story, catch their favorite Pokémon and have a good time. But for players wanting to use Pokémon as a competitive outlet, there is a ton of depth in the game when it comes to its battling system. Out of all the things players can do to gain an advantage over their opponents, one of them is making sure they have the right nature on their Pokémon.

The Sprigatito line has two powerful stats that tower over the rest; its final evolution has a high physical attack stat as well as a ridiculous speed stat. In fact, Meowscarada’s speed stat is so high that players will not need to index further into it, as it will outrace almost any Pokémon in the game — instead, players will want to go deeper into its attack stat.

There are two good options for this. The first is Adamant; increasing physical attack at the expense of special attack is not a drawback, since Meowscarada will almost never run any special attack moves.

However, Meowscarada does have a decent special attack — if players want to keep that option open, players can elect to run a Naughty nature instead; this will increase attack at the expense of special defense. This might be better, as Meowscarada’s counters are all usually physical attackers seeing as it is weak to fighting-types, so losing special defense isn’t too bad.