Some Davids and Goliaths 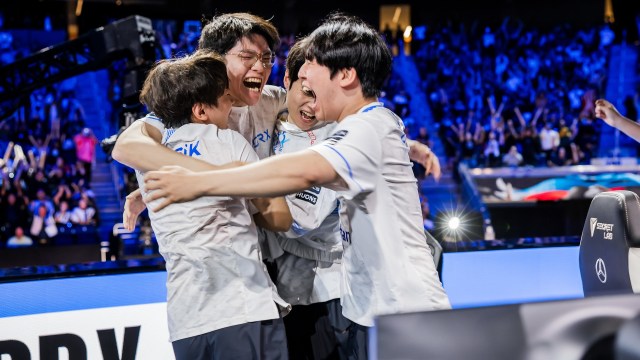 2022 was an amazing year for esports events with all of the biggest titles in the industry having legendary teams show up and claim glory. From League of Legends to VALORANT to Call of Duty and more, here are our picks for the best esports teams of 2022.

Heading into Worlds 2022, DRX was an afterthought in the minds of almost everyone and certainly were not considered by anyone to be threats to win the League of Legends world championship. In fact, it seemed like it would be Gen.G or T1 to take the crown of best League of Legends team in the world in 2022 after their great years. But the story behind DRX and their impossible run from play-in stage to the finals stage is a story for the ages. DRX defeated every top team on their way to a world championship and are one of the best underdog stories in esports history.

The 2022 VALORANT season could be summed up as a year-long battle between Optic and LOUD as the first major event of 2022, VCT Masters Reykjavik pitted both teams against each other in the finals with Optic taking home the win but it would be LOUD getting the last laugh as the two teams squared off against each other again in the finals of VCT Champions 2022 which is also known as the VALORANT world championship. LOUD took the win in Istanbul and cemented themselves as the best VALORANT team in 2022.

There were five Counter-Strike: Global Offensive majors in 2022 that featured at least $1 million prize pools, Faze Clan won three of them. Through the first half of the year, there was not a team on the planet that could contest Faze Clan as they won Intel Extreme Masters XVI – Katowice, PGL Major Antwerp and IEM XVII – Cologne back-to-back-to-back and while they cooled off in the back half of the year, they still put up a respectable third-place finish at the BLAST Premier: World Final. Overall, Faze Clan were clearly a cut above the competition in 2022.

Like some of the other franchises in the Call of Duty League, 100 Thieves would not be where they are today without the first person shooter. Esports organizations like Optic and Faze are giants outside of COD but have also shown dominance in COD esports as well with both franchises having claim to a CDL championship but for 100, until 2022 they have only finished as a runner-up once.

But this year it was different. After qualifying for the CDL 2022 Championship and escaping a thriller against Boston Breach in the quarterfinals, the LA Thieves never looked back as they tore through the bracket on their way to their first-ever CDL championship.