Part two of the Iono Zone unveils a new Pokémon 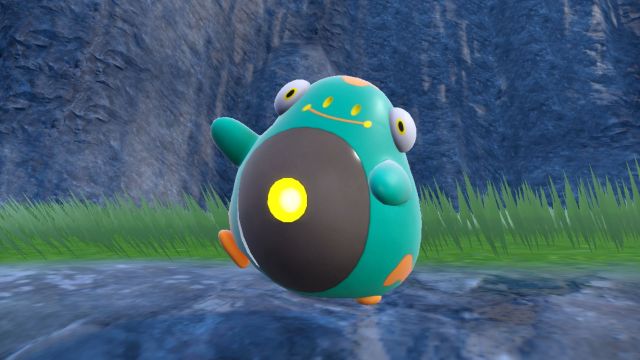 Provided by @Pokemon via Twitter While it’s unclear if Bellibolt is actually good, it is distinctly friend-shaped.

The Pokémon Company revealed a new Electric-type named Bellibolt on Friday, after teasing details about the new Pokémon on Wednesday. Part-time Gym Leader and part-time streamer Iono will use Bellibolt during her Gym Battle at the Levincia Gym in Pokémon Scarlet and Violet.

Bellibolt expands and contracts its body to generate electricity in an organ that looks like a belly button. Electricity is then discharged from the two bumps on either side of its head that resemble eyeballs. ❤️💜 pic.twitter.com/xvzVYXTdtr

Iono described Bellibolt as both a sluggish and squishy Pokémon. As a result, it’s unclear whether it will have good Speed or defensive stats. The Pokémon has two eye-shaped protrusions on either side of its head. However, its actual eyes are plain yellow dots located just above its mouth.

Bellibolt also has an organ in its stomach known as a “belly-button dynamo.” It can produce electricity in this organ by expanding and contracting its elastic-like body. After generating enough electricity, it can then shoot electricity out of the protrusions on its head.

More about Bellibolt in Pokémon Scarlet and Violet

Bellibolt is a pure Electric-type and is classified as the “EleFrog Pokémon.” Despite standing at a measly 3 feet, 11 inches in height, it weighs in at a hefty 249.1 pounds. Currently, it is unconfirmed if Bellibolt is part of an evolutionary line or if it is a single-stage Pokémon.

While details about its moveset are currently unavailable, it has been confirmed that Bellibolt has access to at least two possible Abilities. The first is Static, a common Ability among Electric-type Pokémon. With this Ability, Bellibolt has a 30% chance of paralyzing any opponent that hits it with a contact move.

In addition, Bellibolt can have a brand new Ability called Electromorphosis. Any time an enemy hits Bellibolt, Electromorphosis grants a power boost to the next Electric-type attack it uses. Assuming Bellibolt is slow as suggested, this Ability enables its sluggishness to be an asset, since any Pokémon that outspeeds and hits it will simply grant it more power on its same-type-attack-bonus moves.