Behind the scenes of Misfits Gaming's LEC spot sale

Behind the scenes of Misfits Gaming’s LEC spot sale

Could we have seen this coming? 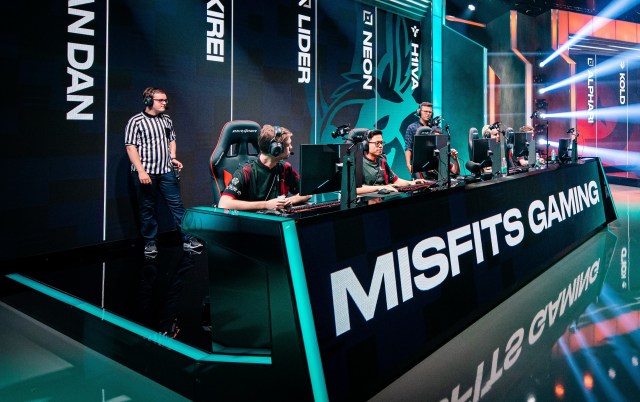 Misfits Gaming have just played their last best-of-five ever in the League Of Legends European Championship. While this is not the final result they hoped for, their loss to Fnatic in round 2 of the playoffs eliminates them from Worlds contention.

The sale sent shockwaves across the community. However, it wasn’t just a surprise for fans; members of Misfits Gaming’s League Of Legends division learned about the sale the day before the official announcement.

“Here in Berlin, we didn’t expect the [sale] at all. When we learned that the rumors were true and that our Berlin department will be jobless after the season, it felt devastating at first. Especially the timing [after week 5] was just not optimal since we went 0-2 the week before and just added Zanzarah. On the next day we sat down together to let everyone share what it means to him personally to be in Berlin and [the] LEC,” said Niklas Geiß, Misfits’ team manager.

Despite the surprise, some could argue there have been signs that Misfits Gaming was considering a sale. In fact, sources unrelated to Misfits Gaming have shared that the team was already discussing a possible sale of their LEC spot in 2021. The organization was listening to offers.

Whether a sale was seriously considered can’t be known, as it is common practice for a business to explore the market. However, when looking back, there may have been signs this was inevitable; it seems the budget was reduced for rosters in recent years.

Misfits Gaming’s time in the LEC

Misfits joined the LEC in 2016 through qualifiers before the franchising of the league. Not too long after, in 2017 the team managed to qualify to worlds. The team managed to get out of groups before facing SK Telecom T1 in quarterfinals. This is a series that a lot of European fans remember as Misfits Gaming ended up losing 2-3, almost upsetting what seemed like an unbeatable titan.

After the franchising of the league in 2019, Misfits Gaming built a “superteam.” They had signed players such as top laner Paul “sOAZ” Boyer, mid laner Fabian “FEBIVEN” Diepstraten and support Kang “GorillA” Beom-hyun. Sadly for Misfits fans, this roster ended as a big disappointment when they finished eighth place in the spring split of that year and finished ninth place in summer following substitutions from Misfits Academy team.

In the past few years, it seems that Misfits adopted a different strategy for their rosters with regular signings of rookie players. This is how jungler Iván “Razork” Martín Díaz and mid laner Vincent “Vetheo” Berrié started their LEC careers. Those early signings deserve a lot of credit.

Signing rookie players is a legitimate strategy to victory that has worked for other organizations like MAD Lions or Rogue. However, unlike those two, with players such as MAD Lions’ Yasin “Nisqy” Dinçer and Rogue’s Andrei “Odoamne” Pascu, Misfits haven’t made big signings in the past two years.

Misfits also considered selling Vetheo’s contract last offseason, according to sources. This may remind fans of when Schalke 04 sold their mid laner Felix “Abbedagge” Braun before selling their spot in summer 2021.

Despite the recent news, Misfits managed to finish fourth place this LEC Summer Split. “The staff & players decided together to “go for it;” try their best & fight for the best result — to put everyone in the best spot. The news brought us in Berlin even closer together & our carefree attitude helped us a lot to finish the split strong but to be honest I don’t wish anyone to be in this situation because it also put a lot of pressure on everyone.” added Niklas.

From staff to players, Niklas also insisted on thanking everyone at Misfits for trying their hardest until the end and gave a shout-out to his General Manager “Garki” for giving him a chance in the LEC.

Last year, FC Schalke 04 Esports was the first LEC team to sell their spot since the league’s inauguration. However, that sale was forced through by financial struggles their football club was facing after being relegated from the German Bundesliga.

Misfits Gaming is the first organization to willingly sell their spot since the existence of the LEC. This may also only be the start of it as KOI have agreed to enter the LEC alongside Rogue as reported by Alejandro Gomis. Additionally, Astralis is currently also considering selling their LEC spot, as we reported last month.

When asked, Misfits Gaming did not comment on why they sold the LEC spot.

Team Heretics were already present this year in European Regional Leagues. Their team playing in the SuperLiga recently lifted the trophy. But it seems they already had plans to get into the LEC; apparently, discussions between Team Heretics and Misfits Gaming started at the beginning of this year.

We asked Arnau Vidal, founder and co-owner of Team Heretics, what their plans are with the spot now.

He replied, “Regarding the roster, we are currently focused on signing the management that will be in charge of our League of Legends project, once that’s done we will get started with players. There are multiple profiles that are under contract with Misfits for another year and we will consider them for sure. We [highly] value […] everything they have accomplished.”