Plus, iBDW looks to add another major win to his résumé 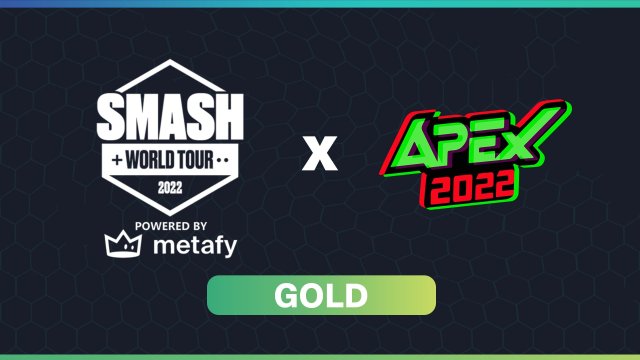 Provided by @apex_series via Twitter This will be the final major qualifier for the 2022 Smash World Tour.

One of the most legendary and controversial Super Smash Bros. tournament series will return this weekend with its first iteration in six years. Apex 2022 will be the final major of the 2022 Smash World Tour before the World Championships in December.

This event in Secaucus, New Jersey will be the first out-of-region tournament for one of Japan’s fastest-rising Ultimate players, Miya. Here’s an overview of what to expect from Miya’s run and other storylines to look out for at Apex 2022.

At #Apex2022, the Kagaribi 8 Champion Miya will compete in the United States for the first time ever!

Miya to make his international debut

Much like the current best player in Japan, Mashita “acola” Hayato, Miya rose to prominence with his strong performances online. Despite having mediocre offline performances as early as 2019, Miya broke out with his first-place finish at Kagaribi 8 in July of this year. There, he defeated players like Naoto “ProtoBanham” Tsuji, Shuto “Shuton” Moriya and Yuta “Abadango” Kawamura.

Since then, Miya has entered six tournaments and placed in the top two at four of them. In the process, he has racked up wins against Takuto “Kameme” Ono, Seisuke “Kome” Komeda, Yoshidora, and Hero. While his 49th-place finish at Maesuma TOP 9 suggests Miya may still be a bit inconsistent, he is still the only player to potentially challenge Enrique “Maister” Hernández Solís for the title of best Mr. Game & Watch main in the world.

As the sixth seed at Apex 2022, Miya will likely have to upset the likes of Gavin “Tweek” Dempsey, Takuma “Tea” Hirooka, and Paris “Light” Ramirez to win. Considering Maister has a winning record against both Tweek and Light, it’s not hard to imagine that Miya could similarly upset the two of them. Meanwhile, Tea’s flawless record against Maister suggests that he will be Miya’s biggest obstacle.

Of course, iBDW also beat all three of them en route to his second-place finish at Smash Summit 14. As a result, he will be the favorite to do so again at Apex 2022. However, iBDW could still run into trouble against his projected winners quarters opponent, Dawud “Aklo” Rahman. While iBDW has beaten him multiple times online, Aklo has won their only two offline sets.