Animal Crossing, but make it esports

Animal Crossing, but make it esports

The Great Island Design Off 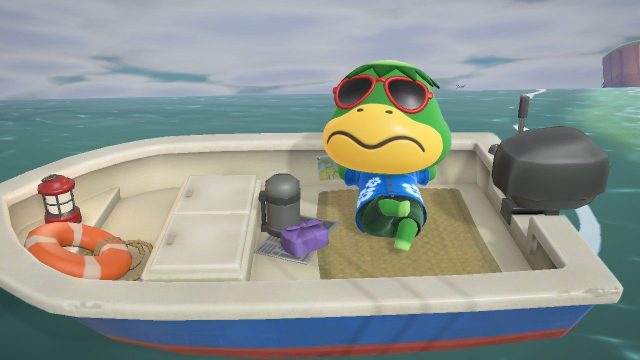 Provided by Nintendo New Horizons is meant for bite sized bits of relaxation, but we're not here for that

Animal Crossing has always been a game about going at your own pace. A typical 15 minute session includes a little shopping, a walk, some design work and whatever else you could squeeze in. It’s a slow, peaceful experience that we’re about to completely flip upside down and turn into a hypothetical esport.

We’re all about the competition here at Upcomer, and Animal Crossing: New Horizons has plenty of that. YouTubers and Twitch streamers have concocted a number of ways to pit villagers against each other. MMA arena-like bug net battles, island tour competitions and makeshift football pitches have come at of the woodwork since March 2020. We’re here for something a little different, though

A New Horizons Design Off

New Horizons is like a photo book. It’s all about collecting stuff, throwing that together in an aesthetically appealing way and then showing it to anyone and everyone who’ll care. Bug-net-battling and football don’t capture that essence in the best way. We’re here to make competitive Animal Crossing a reality. When I say reality, I mean reality TV.

This is The New Horizons Design Off.

Shows like “America’s Next Top Model,” ‘The Great British Bakeoff” and “Iron Chef” provide a perfect recipe to turn Animal Crossing into a fast-paced competition where only the cutest and most fashionable will survive. No tools and twitchy reflexes required. The person with the best eye for creativity will come out on top. This Kardashian spin on Animal Crossing will turn a peaceful walk through the forest into a hectic, hour long episode where contestants will be judged for what they surround themselves with.

The rules for the premiere Animal Crossing esports experience

The New Horizons Design Off is simple. Six contestants each need to take on unique design challenges over the course of a five week period. One contestant is eliminated each week until only one is left standing. There is no cash prize—the winner gets a million bells, a framed photo of Blathers and a little bit of Twitter clout. That’s all I’ve received from playing New Horizons as much as I do, anyway.

Each weekly round will consist of its own challenge that includes a unique theme. Design challenges will be held either indoors or in a designated 8×8 space outdoors. Some examples include:

Challenges can be interpreted literally, but it’s safe to say that those who think outside the island will be rewarded for their creativity. All contestants will be given access to the same furniture, wallpaper, flooring and other cosmetics from New Horizons. They’ll also have a limited amount of materials — ore, wood, clay and whatnot — they can use to make D.I.Y. recipes. Everyone will have one hour to design a space that fits the criteria. All contestants can use different items, although one item will be required for each challenge. Think of this as the secret ingredient to a reality cooking show, it’ll be tough, but necessary, to fit in.

Watch The New Horizons Design Off on Twitch

Just like The Great British Bakeoff, this design competition is all about the contestants. Sure, Animal Crossing is great, but there is no greater entertainment than watching the light leave someones eyes after their plan for the perfect cafe falls through with only a few minutes left on the clock. Animal Crossing is pain, Animal Crossing is life. Just like every other esport.

For this to work, all contestants will need their perspective and face cams broadcast on Twitch. We’ll see every thought come to life as quirky and pointless hosts make jokes from somewhere off camera. A panel of judges, made up of Animal Crossing creator Katsuya Eguchi, Animal Crossing Twitch streamer Mike “SimCopter1” Bender and this guy who maintained his GameCube Animal Crossing island for 17 years, will rank all of the designs at the end of each round. Someone will win, someone will go home and someone might get a confetti reaction.

The Animal Crossing: New Horizons 2.0 update dropped a few days ahead of schedule, giving players who had little left to do on their islands a whole barrage of new content to dive into. Even still, they’ll burn through that just as quickly as they did the rest of the game. The New Horizons Design Off is the only way to make sure a higher level of Animal Crossing play is achieved. Now it’s up to someone to put it all together.