All CS:GO ranks in order — Here’s how the CS:GO ranking system works - Upcomer

All CS:GO ranks in order — Here’s how the CS:GO ranking system works

What to know about attaining and changing your first rank 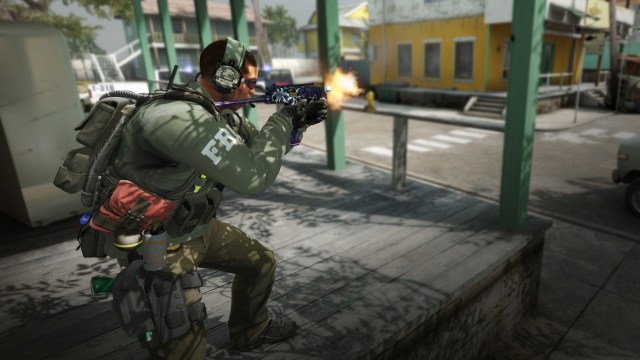 Provided by Valve Competitive play allows players to show off their prowess through their in-game rank.

In Counter-Strike: Global Offensive, players can take on the game’s Competitive mode in order to find high-stakes matches against other players of a similar skill level. As players improve, their in-game rank will increase as well, enabling them to work their way through all of the CS:GO ranks.

Naturally, increasing your rank is the best way to encounter and challenge increasingly better opponents. With that in mind, here’s an overview of all of the CS:GO ranks in order and how the CS:GO ranking system works.

All CS:GO ranks in order

CS:GO features 18 different ranks in total, which are split up into broader categories like Silver, Gold and Master Guardian. In general, the majority of players tend to fall in the middle of the pack, which is toward the end of the Gold range.

Here are all of the CS:GO ranks in the order players can attain them:

How the CS:GO ranking system works

Before players can begin working through all of the CS:GO ranks, they will have to endure a bit of a waiting period. Competitive matchmaking first becomes available after a player reaches Level 2 by playing in other modes. However, players will not be able to immediately jump in and begin grinding ranked battles.

In order to prevent top players from smurfing with new accounts, the developers implemented a system that limits new accounts to only winning two Competitive matches per day. However, players will receive their first rank after playing 10 Competitive matches. As a result, the new account limit should wear off after only five days of playing.

Afterward, players can move up and down the rankings based on their performance in matches. Their in-game rating will go up any time they win a game and go down any time they lose a game. In-game performance metrics like kills, assists and deaths can also impact a player’s rating. However, players should note that whether their team wins or loses has the biggest impact on their rating.

While solo queuing, players will only queue into teammates and opponents within five ranks of their current rank. However, players can bypass this by joining up with a premade team, where there is no limit on the rank gap between players.