All Changes to Annie in League of Legends Patch 13.2 - Upcomer

All Changes to Annie in League of Legends Patch 13.2 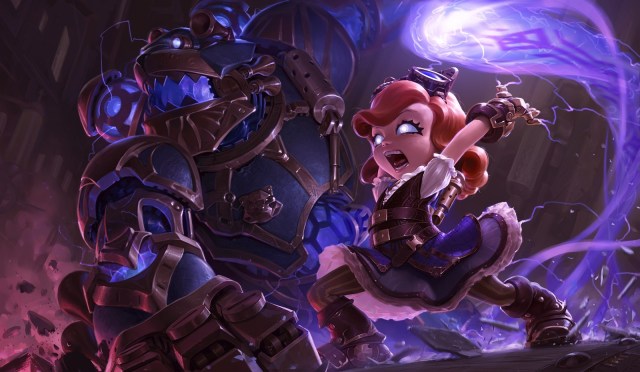 League of Legends has changed a lot since its release in 2009. In the last thirteen years, Riot Games’ hit MOBA has gone through a lot of changes in an effort to create a continuously evolving experience for its playerbase while also updating the cosmetics and overall appearance of the game. From time to time, older champions will need an update in an effort to modernize their kit to fit better with how League of Legends plays now, as opposed to how it played when that champion was released.

Annie is one of the oldest champions in League of Legends (not in age, obviously). Many of the champions from the original cast have received quality-of-life updates or, at times, complete overhauls in the form of a full-scale rework, but the way Annie plays has remained relatively similar throughout her 13 years on Summoner’s Rift. The last time Annie saw any significant changes was in 2016, but League of Legends Patch 13.2, which will go live on Wednesday, January 25, will bring a new set of changes to the Dark Child.

Changes to Annie in LoL Patch 13.2

Annie is a champion with a simple to understand kit, which makes her a great way for new players to get a feel for League of Legends as a whole. On Patch 13.2 (and currently live on the PBE), Riot Games aims to retain Annie’s straightforwardness while giving her a bit of extra oomph to keep her up to par with the current landscape of the mid lane meta.

Annie’s passive ability, Pyromania, will now start with a stun proc on game start and respawn instead of her having to stack up to her first stun. Her Incinerate will now cost lower mana at lower levels, and the AP scaling ratios on the resistances and HP on Tibbers have all been nudged up slightly. Tibbers’ MS will now increase with each rank Annie’s ultimate is leveled up, and Annie’s base mana regen has also been increased, albeit only slightly (0.8 -> 1.0).

Doing a second pass on the Annie list for 13.2. Removing the W mana cost list in favor of a lighter buff to mana regen and improvements to E and Tibbers movement speed. Lemme know what you think, especially after testing. Should be on PBE tomorrow! pic.twitter.com/7PMCYcOy1w

It’s not just numbers that are helping Molten Shield out – the mechanics of the ability have also been changed as listed in the below tweets by Ray “RiotRayYongi” Williams, who is heading up the Annie changes and is continuing to make tweaks based on the PBE’s experience with the changes.

Bugfix pass for Annie, as well as clearing up some edge cases to make room for potential future buffs. Lastly, significantly updated tooltip for Tibbers. pic.twitter.com/B4LTlwrdiO

Before the Annie changes go live with Patch 13.2 on January 25, stay tuned and check back for other adjustments or updates to the Dark Child before she hits the live servers with her souped up new abilities.