Get the best bang for your buck 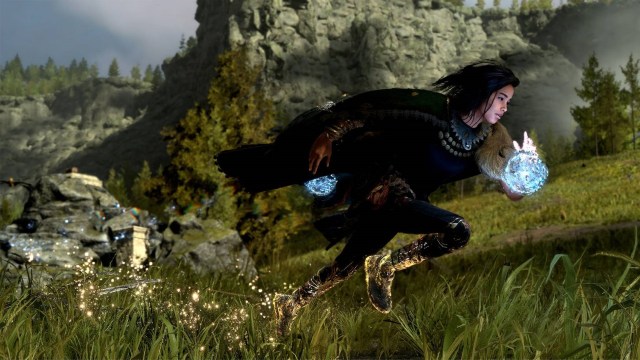 Provided by Square Enix Forspoken released this week for PlayStation and PC.

Forspoken is an RPG at heart, and that means that players are able to upgrade the main character, Frey, using a wide assortment of skills.

With the game set in the magical world of Athia, players can make use of dozens of magic skills. There are four different skill trees in Forspoken, but players only start the game with one, the Purple Magic Skill Tree. As the game progresses, players will unlock more and more of the skill trees, giving them access to new spells and parkour abilities.

In order to acquire skills, players need to use Mana, which is the currency players earn when they level up. Mana can also be earned in chunks by running over Mana Pools, which are small, white and blue tornado-looking objects spread across Athia. Once you have enough Mana for a certain skill, you can choose to acquire it and Frey will now have access to whatever you chose to purchase.

The skill trees can be quite overwhelming at first, though, so we’ve made a list of the six best skills you should unlock first in Forspoken.

For this list, we will be mainly sticking to the first skill tree because you don’t gain access to the other three until you’re a few hours into the game. However, we will be throwing in some imperative skills from those other trees so you have an idea of what to unlock first when you do gain access to them.

Those are our picks for the six best spells you should unlock first in Forspoken. Luckily, you’ll have enough Mana eventually to unlock every skill in the game, so don’t worry too much about picking the right ones at the start.

Related: Read about all other spells and abilities in Forspoken on GameSkinny.