Wingman is overpowered with the Quickdraw Hop-Up in Apex Legends

Wingman is overpowered with the Quickdraw Hop-Up in Apex Legends 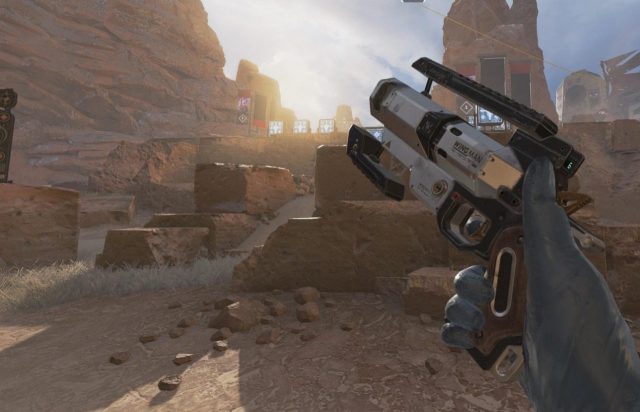 Season 7 of Apex Legends has finally released and fans across the globe can access the new installment. Perhaps the most hyped season for the battle royale yet, Season 7 is introducing a ton of content. Olympus looks gorgeous, the Trident adds another element to the gameplay, and the cosmetics are present as always. However, one smaller aspect few fans are talking about is the addition of the Quickdraw Hop-Up. Only applicable for the RE-45 and Wingman, this attachment brings the latter back to the forefront of Apex Legends.

Quickdraw Hop-Up making waves for the Wingman in Apex Legends

For several seasons, the Wingman pistol dominated nearly every facet of Apex Legends. Casual and competitive players alike used the weapon and had one in their inventory most of the time. Its high damage and recoil pattern made it extremely viable to use in every situation.

However, Respawn Entertainment continually nerfed the weapon until it wasn’t viable for all scenarios. While it was still a great gun to use, other weapons took over as the “must-have” inventory items. That is, until the Quickdraw Hop-Up was added with Season 7.

The official description for the attachment reads: “When equipped, the gun becomes quicker to raise and lower, takes less time to ADS, and has reduced hipfire spread.” Obviously, attaching this to the Wingman will only make it easier to use, as most fans have now discovered.

Though it has always succeeded at long-range engagements, the Wingman now has the prowess to excel up close as well when equipped with Quickdraw. You can hip-fire with better accuracy or pull your gun up faster than the enemy can, allowing you to take the first shot.

It’s likely that Respawn will test the waters with this hop-up for the first week or so of Season 7. If the developers feel it’s too overpowered after the initial data comes in, a nerf is likely to roll in. However, for now, players are taking full advantage of the Wingman’s dominance in Apex Legends again.

Make sure to stay tuned to Daily Esports for all Apex Legends updates.