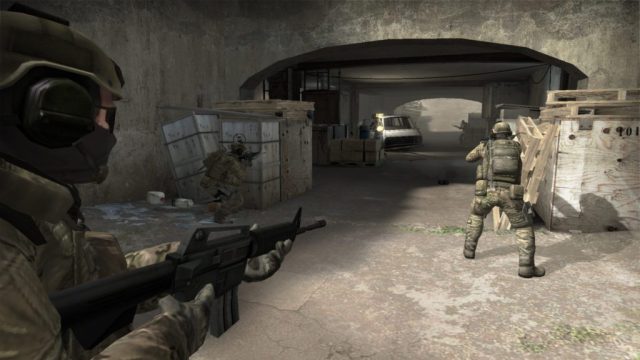 Steam operator Valve has seen a lawsuit brought against it that alleges the company purposefully benefits from illegal online gambling using in-game items. It seeks unspecified damages, restitution of all monies wrongfully obtained by Valve, and for the developer to cease and desist its facilitation thereof.

“Oh boy, here we go again with the loot boxes,” I hear you think. But it’s a little more complex than that.

The suit is brought by the Native American Quinault Tribal Nation. They run a gaming center in Valve’s home state of Washington and are arguing that Steam is unfairly competing with them. It’s because Steam does not have to comply with the same laws that they do. Specifically, their issue is with the use of Counter-Strike: Global Offensive (CS:GO) cosmetics as collateral in online gambling. The complaint alleges that Valve deliberately created these items for the purpose and that much of the success of CS:GO‘s esports scene stems from this. On top of that, the fact that said items can also be acquired through the slot machine-like loot box mechanic is but icing on its lawsuit-y cake.

Cosmetic items or “skins” were first introduced to Counter-Strike six years ago as a means to incentivize play and to reward players for watching esports matches. Skins allow players to customize their game in a way that does not affect balance, by changing the appearance of in-game items. Since the chance to “win” a specific skin is (semi-)random, some of these are rarer and thus more highly valued than others.

On Steam, these items live in the user’s inventory, which is connected to the platform’s marketplace. Through the latter, users can trade their cosmetics or sell them for currency. Valve takes a 15 percent cut of these transactions. There are hard limits as to how much money can be spent in a trade, but Steam also offers an API. Using this software-based access point to the system, third-parties can gain access to user inventories as well, allowing trades to be set up outside of the regular system.

Things took a turn for the worse when some of enterprising individuals started using the API to offer gambling options on their own sites, using the skins as chips. Players would bet one or more items on the outcome of an esports match, and the site operator would take these out of the user’s inventory. Winning the bet would see them and additional winnings returned.

“Valve has profited handsomely for years from illegal online gambling, and has made only token efforts to stop it” – Quinault Nation lawsuit

The market for this kind of thing grew quickly, with Bloomberg estimating it at a $2.3 billion value in 2015 alone. Coupled with concerns over underage gambling, this caught the attention of regulators. In 2016 the Washington State Gambling Commission ordered Valve to stop allowing the trade of skins for gambling-related purposes. The company denied any involvement and vowed to shut down Steam accounts found facilitating it. Indeed, shortly thereafter several skin gambling sites received cease-and-desist letters and shut down.

The developer also attempted to implement features to make the trades harder, but none of this prevented it from being included in several lawsuits over the practice. Valve since had some of these dismissed, but this new one has arrived at an inopportune time. Public opinion has already turned against loot boxes, virtual scratch cards that, in return for real currency, reward players with a random cosmetic. Valve has had to respond to concern over these, making the odds they give in its games public. In some jurisdictions it has even gone as far as disabling the trade of loot boxes altogether. Now it appears that skin gambling is about to reenter the spotlight as well.

Death of a tradesman?

The company has long refused to remove third-party API access to Steam’s trading components, saying it serves legitimate purposes. Be that as it may, as long as in-game items can be traded in this fashion, they will have a real-world value. Even if Valve completely turns off the exchange of virtual goods for its own games, the problem will only transfer to the titles of other developers using its platform. In fact, some of these have already started disabling the functionality of their own accord. With the rise of competing digital storefronts, which don’t offer their developers any options like these, and in light of this new lawsuit, the developer may not be able to hold out on this issue much longer.