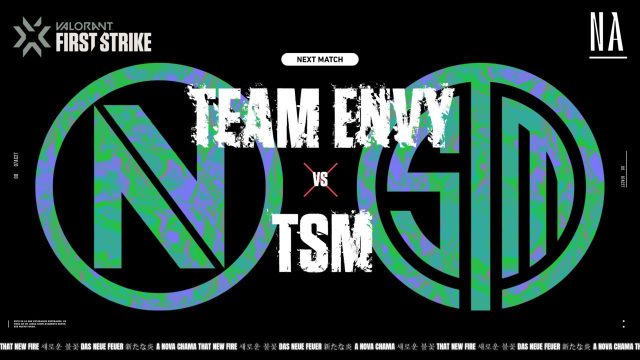 Saturday was another exciting day for Valorant esports as the First Strike: North America tournament semifinals took place. These matches decided who moves on and who moves home, so the stakes were high and the matches were intense.

Here’s what happened, who won their matches, and who’s going to advance to the finals for a chance to become the first North American Valorant champion.

The opening First Strike match of the day featured Team Envy and TSM. The first map they played was Ascent, and the game started out close with a 6-6 tie after the first half. The tides turned heavily in the second half, however, as TSM went 6-1 on Defense to seal a 13-7 victory.

Split was the second map, and it wasn’t nearly as close. TSM jumped out to an early lead on the map, and despite dropping a few rounds, ended up taking a convincing 13-5 victory behind a stellar performance from Yassine “Subroza” Taoufik on Raze. Subroza finished the game with 23 kills and only 13 deaths.

The analysts were split on who to pick going into this match, and it was easily the closest match so far during First Strike: North America. For the first map, 100 Thieves surprisingly chose Ice Box for the map, and they wouldn’t regret their pick as they managed to eke out a 14-12 victory.

Sentinels looked like they were going to lose the series in two on Haven down 9-6, but they managed to get it together and win seven straight rounds to rally back and take the map. 100 Thieves, however, managed to take the First Strike semifinals to advance to the finals with a 13-9 win on Bind.

Be sure to catch the Valorant First Strike: North America Grand Finals on Sunday between 100 Thieves and TSM. Coverage begins at 3 PM ET on TwitchTwitch! The winner will be crowned the first-ever North America Valorant champion.