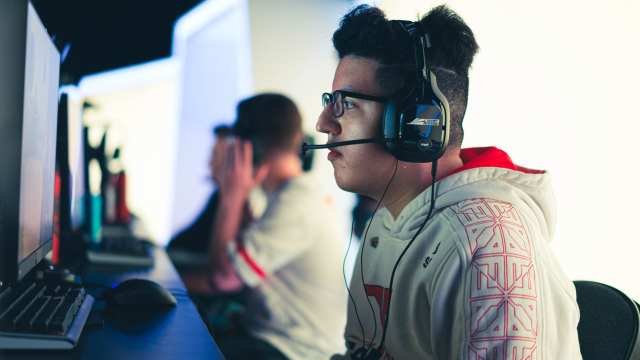 The winner of the first-ever Twitch Rivals League of Legends tournament has been decided. Team EZ Clap consists of Imane “Pokimane” Anys, Moe “Revenge” Kaddoura, Janet “xChocobars” Rose, ChaseShaco and Natsumiii. They are taking home the crown after taking down Team One Tricks.

What an amazing finish for EZ Clap, your #TwitchRivals @LeagueOfLegends Showdown Champions! 🏆

It was actually a very successful tournament overall for Twitch Rivals, who saw plenty of viewership across their platform. Also, their decision to allow streamers to broadcast their point-of-view was a great decision. This gave people the ability to support their favorite streamer and team. Additionally, this gave them an inside look at the team comms and how players were planning their attack and way of thinking.

The Road to the Twitch Rivals Finals

EZ Clap was heading into the Finals of Twitch Rivals having only lost two games in the whole tournament. They were actually a surprisingly strong team, and would actually take out some fan favorites. For example, they were able to take down Swaglord Mastermind Alpha Genius Champions of the World, or SWAG for short. This team had popular streamers and high elo players like Joedat “Voyboy” Esfahani and Tyler “Tyler1” Steinkamp. Even though the odds were looking stacked, EZ Clap was able to beat them 2-0.

Meanwhile, Team One Tricks were also able to take down some popular teams on their run to the Finals. Their team had a few high elo players such as LL Stylish, IreliaCarriesU, and Swifte. As a result, they had enough firepower to take down teams like Pepega, who had the likes of Moe “Yassuo” Abdalrhman and Tim “Trick2g” Foley. They also took down Team SAT T1, who had former pros William “scarra” Li and Choi “Locodoco” Yoon-seop. In fact, they had only lost one game prior to the Twitch Rivals Finals. However, when it came down to the Finals, they had to rely on LL Stylish and his flashy plays to stay in the tournament.

Unfortunately for Team One Tricks, they could not find the same success they had in previous rounds. LL Stylish would be forced to put on a brilliant carry performance on his signature Zed, after picking Vel’koz in multiple games. Meanwhile, ChaseShaco and Revenge put on an amazing display of talent for EZ Clap. Even though the bottom side of their map wasn’t performing, their play was strong enough to carry their team to victory.

For Team One Tricks, it was the fall of IreliaCarriesU that made the difference. Beforehand, the carry duo of IreliaCarriesU and LL Stylish was enough to overcome their shortcomings. However, with IreliaCarriesU falling behind in the last game, they couldn’t stop the EZ Clap onslaught. In the end, EZ Clap would take the series 2-1, and celebrate with their various fanbases on their streams. This inaugural Twitch Rivals League of Legends tournament was a resounding success. Hopefully, this encourages Twitch to continue producing competitive tournaments like this in the future. We could even see this being played out on different games, like Overwatch or CSGO.

What are your thoughts on EZ Clap’s victory in the Twitch Rivals League tournament? Let us know what you think in the comments below! If you want more League of Legends news, check us out here!