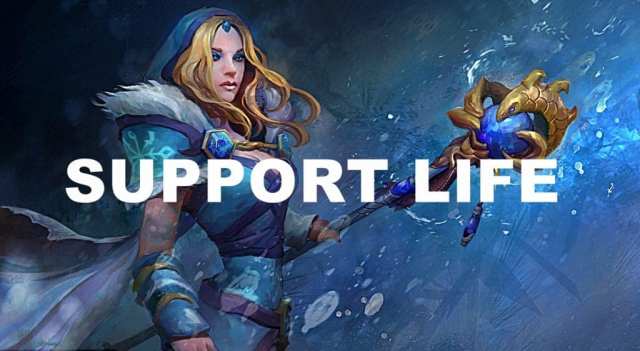 Your Support In Early Game Affects Your Team’s Late Game

People undermine support players, but it is undeniably true that supports carry the game in the early stages. Your effectiveness in the early game will surely affect the outcome of the entire game. So it is very important for every support player to do some specific things right during the game.

I always recommend starting with an instant TP (optionally Smoke Of Deceit) if you’re going for a quick lane ward in your safelane or offlane. You can do that for the mid lane too, but it’s not as effective. Everyone has a lane ward in the mid lane, so you might want to not waste a smoke on that. Because the enemy support will deward them sooner or later. Which kinda makes it more fun to kill the enemy supports! Did that sound too evil?

Also, if your team has powerful level 1 spells (which mostly include stuns), then you can also contest the enemy runes quite easily. It’s always a good idea to do that but remember, never ever over extend. Any enemy will take advantage of that. Especially with those darn shrines.

Always Stay In The Trees And Run Through Treelines

Whenever you’re making rotations, it is a must to stay in the trees. The only reason for this is so that the enemy can’t spot you even if they have wards somewhere in the area. Staying in the trees is always a good idea. However, if you’re camping a certain lane then pulling neutral camps into an incoming wave is a good idea. It’s ideal enough to get some experience from the enemy creeps too.

Also, while we are in the trees topic, whenever you can, stack some neutral camps. For example, when you’re running back to your fountain/lane. It is incredibly helpful to the carries and yourself if you’re leeching experience which I would recommend you do. I mean hey if I stacked the camp, I definitely must get something out of it. Don’t let the carries abuse you. Unless you’re into that kind of stuff… But jokes aside, always make sure you stack a camp or more, it’s always very helpful.

Now this part is hard to explain. The enemy cores are farmed and they will surely kill you really very fast. You probably have a Ghost Scepter by now but still there are probably some spells to fear. Always make sure you have Aether Lens and Ghost Scepter by the time the game reaches the late phases. Only cast from your maximum cast range and be sure you get the most out of your ghost scepter. Like if there is a Shadow Fiend in the enemy channeling his ultimate, then run first. It is very important to pay attention to what the enemy carries are doing in teamfights.

However, if your carry is in danger, it’s a good idea to sacrifice yourself to save them. Trust me it will pay off. And never go warding alone in the late game. Never. You never know when the enemy will pick you off.

That’s all there is! And one more thing to remember, you carry the early game so basically, supports are the carries in reality. All hail the support players!