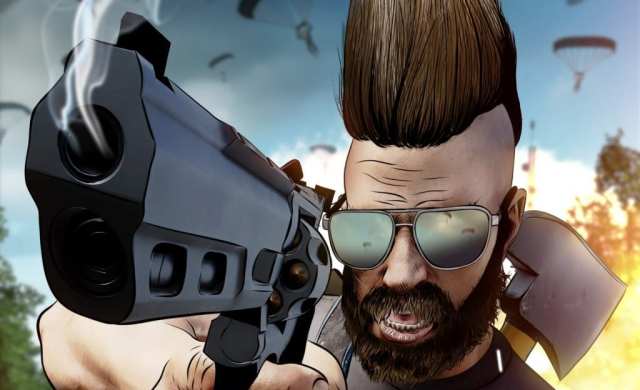 Here at Daily Esports, we’ve been providing coverage of the hottest battle royale games on the market. As usual, you’ve got “the unstoppable juggernaut” that is Fortnite. You’ve also got “once-the-leader-now-just-the-follower” PUBG. Then there’s “relative newcomer” Realm Royale which managed to top the Steam charts early last June. We’ll also eventually see “the old guard” Black Ops 4 and Battlefield V join the fray with their own battle royale modes. And then, there’s The Culling 2. Although, mentioning it in the same breath as the other battle royale games in the market does the latter a disservice. The Culling 2’s player base dropped to just a couple of players after it launched two days ago.

The Culling 2 culls its own player base

If I can assign The Culling 2 its own moniker, it’d be “the silent fart” of the battle royale genre. It released with little-to-no fanfare; barely anyone noticed it. Once they did, it stank up the joint. So much so that within a couple of days, only a handful of players remained. The rest of the player base, pun intended, had been culled out of existence.

Why though? Well, apparently, developers Xaviant Games decided to rush out the sequel in spite of the original having been released just last year. The first Culling game already had a ton of problems and negative reviews. Rather than fixing it thoroughly, they just gave up on it and pushed out the second game in the franchise. They tried to do a #2 before they could finish a #1. Like a fart, that’s like deciding to take a dump while you’re standing up and peeing. That’s never pretty, and it did not sit well with the player base at all.

The Culling 2‘s problems are similar to that of its predecessor. The characters are forgettable. The environments are bland. The graphics remind you of a PlayStation 2 game. The animations are wonky. The gunplay is clunky. Every feature tries to capitalize on what other games in the battle royale genre already did, but The Culling does it poorly. Kind of like a cheap knock-off of a designer bag, except that it’s released for its full retail price, and not free or in early access. It’s as if the cheap bag you bought were already half-eaten by roaches. The player base, which dropped like a pebble, shows just how glaring these issues are.

Although the first game in The Culling franchise did have around 12,000 players at its peak, the sequel barely even got to 250. It’s even more noteworthy that the first game actually has more players currently than the sequel. In the last 24 hours alone, The Culling 2 only had 13 players. In the last 30 minutes, well, there was just one bloke in the entire game world! Since the battle royale genre emphasizes the goal of being the sole survivor, it looks like this one guy technically won the game.