An underrated sniping choice in Warzone 2 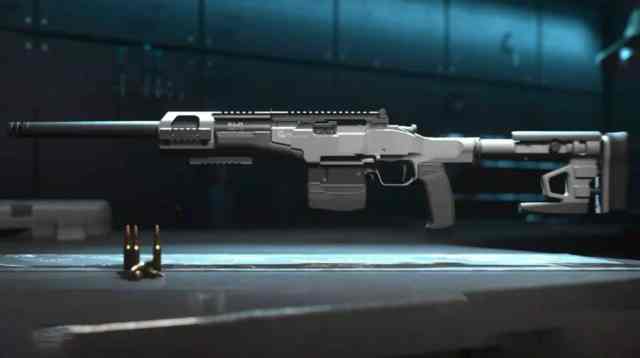 Provided by Activision The gun model for the SA-B 50 in Call of Duty: Warzone 2.

The marksman rifle weapon class has been dominated by one weapon so far in Call of Duty: Warzone 2 Season 1. The SP-R 208 emerged as one of the top overall guns in Modern Warfare 2 at its launch, and that immediately translated to Warzone 2 when it was released. While the SP-R remains one of the top sniping options in the game, it has overshadowed another great choice that players be aware of. The SA-B 50 is a fellow bolt-action marksman rifle that can deliver a ton of damage with the right loadout in Warzone 2.

Players that have used the SA-B 50 already will know just how strong it can be. According to most players, it actually hitmarkers enemies less than the SP-R, but this comes at the cost of mobility. Essentially, the SP-R is faster but the SA-B can hit a little harder. Luckily, with the right set of attachments, we can make the SA-B 50 more in line with the SP-R. It’s then left up to players which marksman rifle to use, as both are tremendous at quickscoping enemies on Al Mazrah.

To see the full loadout for the SA-B 50 in Warzone 2, keep reading below.

The 18.5″ XRK Resonate Barrel and .308 High Velocity ammunition deliver bullet velocity boosts, while the barrel also increases recoil control. The Schlager Match Grip and FSS OLE-V Laser increase aim down sights and sprint-to-fire times to bring the SA-B 50 more in line with the SP-R in terms of mobility. Finally, the optic in place is the SP-X 6.6x, which allows players to hit enemies at any range on the map.