The best RAPP-H loadout in Warzone 2

The best RAPP-H loadout in Warzone 2

A strong LMG on Al Mazrah 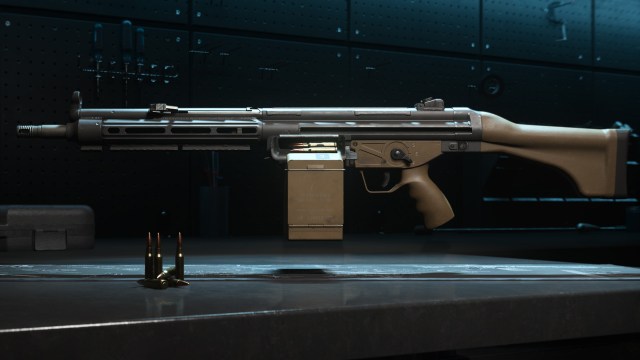 Provided by Activision The gun model for the RAPP-H in Call of Duty: Warzone 2.

The light machine gun class has been featured quite prominently in the early meta for Call of Duty: Warzone 2 in Season 1.

Guns like the RPK and RAAL-MG have made their mark strongly in the beginning stages of the season, proving that assault rifles aren’t the only mid-range option. If players are looking to expand their arsenal within the class, though, they should look beyond the RPK and RAAL. We suggest trying out the RAPP-H, which can be a dominant LMG in Warzone 2 with the right loadout.

The RAPP-H is unlocked by fully leveling up the Lachmann/Meer Weapon Platform in either Modern Warfare 2 or Warzone 2. Unfortunately, players will need to level up the Lachmann 762, 556, and Sub before gaining access to the RAPP-H. The process could be worth it for players who want to start using more light machine guns in Warzone 2, though. While it’s not as strong as the RPK and not as accurate as the RAAL, the RAPP is a viable weapon in Season 1. Of course, players will need to use the best set of attachments in order to make that possible.

Since the RAPP-H is a light machine gun, we won’t be really focusing on mobility with its loadout. Players will want to use the RAPP at mid-long ranges, so they’ll want more damage range and accuracy than anything. They’ll also need a high-zoomed scope so they can see enemies from farther distances.

We’ll begin with the Kastovia DX90 muzzle, which is a suppressor that increases bullet velocity and recoil control at the cost of mobility. Players can further increase their recoil control with the VX Pineapple. While mobility isn’t a priority, we have included two attachments to not make the RAPP-H so slow. Those attachments are the FT Mobile Stock and LMK65 Grip, both of which boost ADS and sprint-to-fire speeds. Finally, the VLK 4.0x Optic is the perfectly-zoomed scope for mid-long range gunfights.