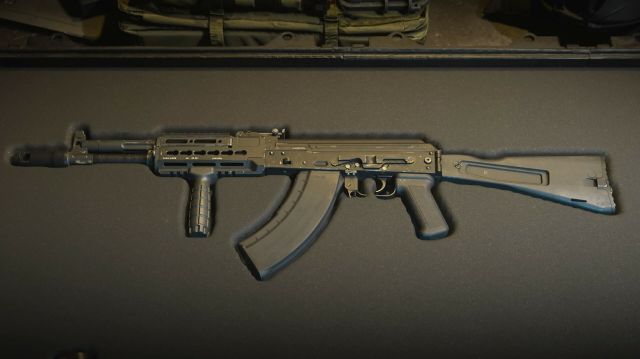 Provided by Activision The gun model for the Kastov 762 in Call of Duty: Warzone 2.

The weapon meta in Call of Duty: Warzone 2 has largely remained the same since the game originally launched in mid-November. The RPK and Fennec 45 have been arguably the top two guns, while the TAQ-56 and RAAL MG have followed closely behind.

However, there’s also another weapon that has slowly crept up on the meta and now is arguably one of the best guns to use in Season 1 Reloaded. That weapon would be the Kastov 762, which some Warzone 2 players have been using above any other long-range gun due to its best loadout.

The Kastov 762 has been a few streamers’ weapon of choice since Season 1 Reloaded was released. It has virtually no recoil and a high damage range paired with solid mobility and fire rate. This makes it a terrific all-around assault rifle that players can use in any situation they might find themselves in on Al Mazrah. Of course, players will need the Kastov 762’s strongest set of attachments if they really want to take advantage of it.

This specific Kastov 762 loadout comes from Warzone 2 streamer and competitive player @WarsZ. WarsZ has been using the Kastov 762 over both the TAQ-56 and RPK since Season 1 Reloaded arrived. They’ve primarily been using it at mid-long range, but it’s also served them well at close-range when needed.

This loadout is all about control, damage, and stability. Every attachment, aside from the optic and magazine, is focused on damage range, recoil control, and bullet velocity. Players will see a giant difference in their long-range capabilities with this loadout. That’s helped with the SZ Sigma-IV Optic, as it’s great for mid-range gunfights. The 40 Round Mag will also give players the chance to take down multiple enemies before having to reload.