A new loadout for a new weapon 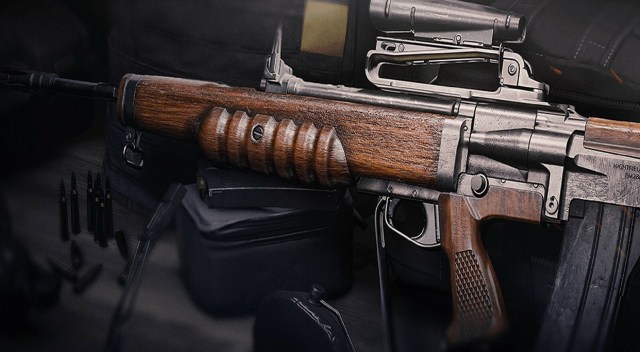 Provided by Activision The gun model for the EM2 in COD Mobile.

Season 11 of COD Mobile has just been released, right in time for the holiday season. T

he new content in Season 11 introduces Ground War 2.0, a new vehicle and map for Ground 2.0, a fresh Battle Pass with cosmetics, and tons of holiday-themed content as well. In addition to all of this, a new weapon has entered the game, and it comes from Black Ops Cold War. The EM2 is an assault rifle that was originally added to Cold War as a DLC weapon. Now, the EM2 comes to COD Mobile in the same fashion, and it has a killer loadout to begin Season 11.

The EM2 is a highly mobile and fast-firing assault rifle that players can use to their advantage on any map. However, since the weapon is defined as a “bullpup rifle,” it’s meant to excel at close-range rather than long-range. Luckily, there are attachments that can make the EM2 a beast at close-range while improving its prowess at mid-range.

Since the EM2 already has terrific mobility, our loadout won’t feature many attachments to improve that aspect of the gun. Instead, we’ll be applying accuracy attachments to make the EM2 more lethal at mid-long range.

The loadout begins with the 27.4″ Ranger barrel, which gives players a much stronger range, and the SOCOM Eliminator, which is just meant to increase accuracy. Next, there’s the Field Agent Foregrip, which drastically increases recoil control across the board. The Firm Grip Tape is in place to lower flinch resistance while the 40-Round Extended Mags give players some much-needed breathing room in each magazine.