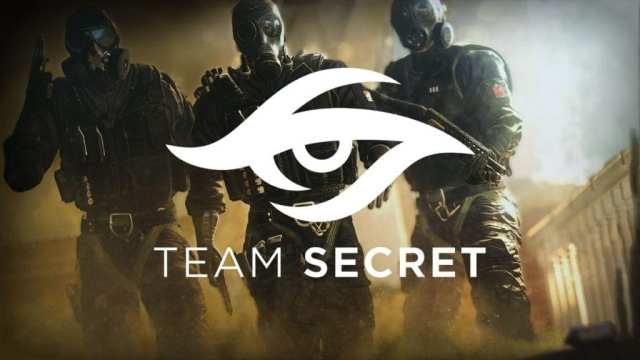 After months of speculation, the European region sees another big-name organization, Team Secret, step into the Rainbow Six Siege scene. Most known for their presence in Dota 2, the organization has acquired the British and French roster of I Don’t Know (IDK) during the mid-season break of season 8 of the Pro League. This pickup comes right before the Six Major Paris held later this month, where the team has successfully qualified after making it through the European qualifiers. Have a look at Team Secret‘s official announcement video, showcasing the team:

Fans have been speculating for months which big esports organization would finally dip its feet in the Siege scene next, and it turns out Team Secret is the one ready to test the waters. However, this pick-up was not a well-kept secret, as ESL accidentally revealed the Team Secret logo during the pool draw of the Six Major Paris. With the cat out of the bag, Team Secret’s official Twitter responded to ESL with a revealing tweet:

wait what about us? 👀

I don’t know these players

Team Secret is a roster composed of veterans that have remained without an organization despite qualifying and performing in the Rainbow Six Pro League. Team Secret’s current lineup consists of the folowing:

While the roster only formed at the beginning of season 7, most of these players are accomplished. Most have already been part of top-tier rosters such as PENTA Sports, Millennium, and Team Vitality. After failing to qualify for the season 6 playoffs under the team Playing Ducks, the British core of meepeY and Lacky (with LeonGids playing as a substitute) were left in the dust. They found themselves teaming with experienced French players sTiZze and Eemzje, forced to slog through the season 7 Challenger League. The team would ultimately demolish the competition, easily claiming the relegation spot for season 8.

In addition, the group would pick up former Canadian pro, Louis “Helbee” Bureau, as their coach. According to the team, this relieved Lacky from an ever-increasing amount of prep work. Helbee is known for his time on FlipSid3 Tactics and Vertical Gaming, as well as producing the podcast “Debrief” for website SiegeGG. The roster promptly added him to the team, impressed with the quality of the ex-pro’s notes.

Started from the bottom

Team Secret have been tearing through the European competition throughout season 8 of the Rainbow Six Pro League. As of the mid-season, the dual-nation roster boasts an impressive second place in the standings with four wins, two ties, and one loss. They would drop only one map to the current-ranked first place team and 2018 Six Invitational champions, PENTA Sports.

July saw the team hoisting the DreamHack Valencia trophy, despite not being favored to win the event. The roster performed decently through the group stages, snagging the second seed behind Brazilian team Ninjas in Pajamas. Then the team made it to finals, where they beat the French squad Team Vitality in a 2-0 fashion.

With the Six Major Paris just around the corner and the second half of season 8 commencing later this fall, Team Secret has ample opportunities to showcase its talent. Already, the team has established itself as a championship-caliber team. However, the question remains whether this acquisition will further fuel the team’s fire or leave them complacent in the face of competition. Regardless, fans won’t have to wait long to see Team Secret in action.