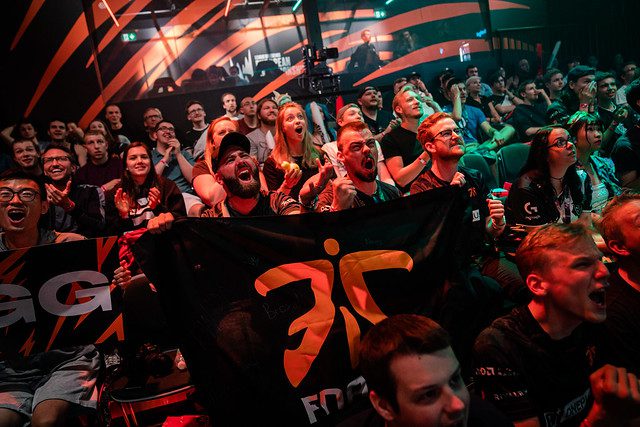 LEC Week 3 is over and Rift Rivals is upon us. Let’s see how each League of Legends team did in the final week before the Rift Rivals break.

Olympus has fallen, with the gods of G2 brought down to the mortal realm in LEC Week 3. The reigning champions were destroyed by their rival, Fnatic. They were easily able to overcome the less experienced Rogue the following day. The biggest takeaway from this week: G2 looked mortal. They are no longer invincible. G2 aren’t in first for the first time in 2019.

Beating Rogue in an objectively perfect game? To be expected from G2. Getting eviscerated by Fnatic? The worst possible outcome. G2 have been exposed for an overreliance on their solo laners, especially Rasmus ‘Caps’ Winther They proceed to Rift Rivals with a chip on their shoulder, which doesn’t bode well for their NA counterparts. After Rift Rivals they go up against Schalke and Misfits, who should be easy pickings.

Talk crap, get clapped. Fnatic used LEC Week 3 to establish themselves as the current best team in the LEC. Did they have a significant scare against Excel? Absolutely. That game should not have been nearly that close, but Carl Martin Erik “Rekkles” Larsson bailed the orange and black out. The big story is their destroying of G2, ending their six-month reign as the best team in the LEC. Fnatic controlled every stage of the game, eliminating Caps as a factor altogether.

If they hadn’t been so close to losing to Excel, Fnatic would have received an S+. However it wasn’t the Raymond “kaSing” Tsang/Petter “Hjarnan” Freyschuss Excel that has been stinking up the Rift thus far, and the G2 win is absolutely insane overall. To dominate the MSI champion to that degree is unheard of. Fnatic look like the strongest team going into the western Rift Rivals. When they get back, their playoff whipping boys Vitality and Splyce will be waiting.

Origen frankly look weaker than their spring form, and LEC Week 3 was a prime example. The Schalke game was admittedly solid and exciting, but then Splyce beat them at their own game. Origen were the teamfighting ADC focus team with great macro in spring, and Splyce just beat them at that. Jonas “Kold” Andersen and Alfonso “Mithy” Aguirre Rodriguez looked off all weekend and will need to return to form soon.

If this were another team, the grade would be higher. The difference is Origen not only have Worlds aspirations, but also are a representative at Rift Rivals. Origen are potentially the worst team at the western version of the event, and that doesn’t bode well for their mentality as the season progresses. Week 4 sees them go head to head with Excel and Rogue, games that should be wins for them.

SK Gaming looked so good coming into LEC Week 3, with a prime opportunity to take third place. They started by beating Misfits into submission. They then dropped a closer game to the one-win Vitality, putting the brakes on their hopes. It leaves them in a three-way tie for fourth with Origen and Schalke.

A loss to Vitality was a big black eye on how people view SK. Before that they were seen as legitimate threats to Origen and Splyce, but now that has changed. Speaking of which, they actually face Splyce and Excel in Week 4; if they can beat both they will be back on track.

Schalke are in this weird middle ground in Europe. LEC Week 3 proved they are below the teams like SK, Splyce, and Origen, losing to Origen in a hard-fought but still lopsided game. However, they are above the lower tier like Rogue, Misfits, etc. It is a peculiar state they don’t look to be breaking out of any time soon.

They took Origen far longer than expected, and they did dominate Misfits. Schalke need to break out of the slump to be taken seriously. They are up against Rogue and G2 in Week 4.

In LEC Week 3, Splyce gained sole control of third place. They had an extremely messy game against Rogue before stomping Origen into dust. They manhandled the runner-up by beating them at their own game, and it looked good.

Splyce are now in a prime position. Yes, they play Fnatic and a surging Vitality in Week 4, but other than the top two teams they should be in the clear. Origen was the most significant hurdle to overcome, and they did it.

Misfits, why must you do this to me? LEC Week 3 saw them lose to SK Gaming before deciding to start Adam “LIDER” Ilyasov in the mid lane. This is the guy that was the star of EU Masters; surely he would perform well? They were smashed by Schalke and LIDER went 1/7 on Yasuo in a bad matchup.

Misfits managed to look worse than Excel this week. This whole “super team” experiment has failed spectacularly, and their golden goose of development just got demolished on stage. The organization as a whole might need to go back to the drawing board. Week 4 does them no favors; G2 and Vitality want wins.

LEC Week 3 was a brutal week for Rogue. They were up against an irate Splyce and G2, and Rogue lost both in convincing fashion. The flip side is those teams are currently ranked third and second, and Rogue is still a building team.

These were the games Rogue were guaranteed to lose. Don’t mistake this team for a finished product — they are very much still a work in progress. The fact that they hung in there with Splyce so long is a feat in and of itself. Week 4 should be less brutal with a week off against a weakened Origen and mediocre Schalke.

Vitality has wins on the board! Yes I said wins, plural. In LEC Week 3 they beat both SK and Excel, the former a shootout and the latter a stomp. Attila had his best performances of 2019, and it couldn’t have come at a better time. They could be looking to reestablish themselves as playoff contenders.

If it were just Excel, that would be one thing. But SK? That is an impressive win. Daniele “Jiizuke” di Mauro still looked far weaker, but Jakub “Jactroll” Skurzyński and Amadeu “Attila” Carvalho showing up is huge. They have the seemingly unbeatable Fnatic and down-and-out Misfits on tap for Week 4.

LEC Week 3 almost saw Excel get its first win. The key word is almost, as Rekkles put on his carry pants to save Fnatic from that fate. This team was demolished by the previously win-less Vitality, but they still managed to look better than before.

This is the highest grade Excel have received yet. Jesper “Jeskla” Klarin Strömberg and Patryk “Mystiques” Piórkowski weren’t dead weight when put on an actual AD and support bottom lane, so there is hope. However, they still sit as the only win-less team in the west. Week 4 has an angry SK and Origen… so I don’t see that changing soon.

Tune back in to Daily Esports after Week 4 for more LEC developments and grades!