Stadia has problems -- esports can solve them

Stadia has problems — esports can solve them 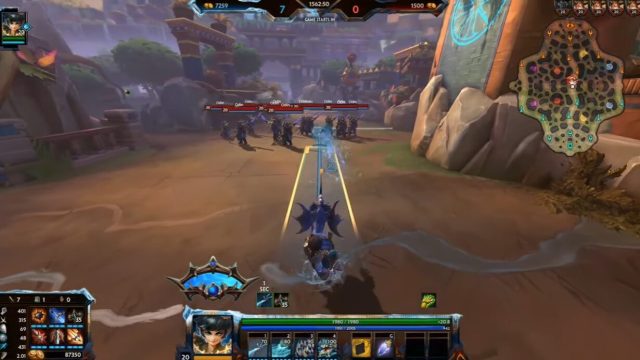 This week, Stadia was the talk of the town. Numerous new possibilities were shown to us that seemed otherworldly from what we know about video games. No long load times to hop into games, you say? Preposterous! I can jump into a game that is being streamed right now on YouTube with the click of a link? Magic! Google even took a few shots at Sony and Microsoft with regards to the systems’ GPU stamina, as well as invoked the hotly debated cross-play feature out the gate. It all seemed a bit grandiose, and it actually underscored some clear problems that are yet to be addressed. However, I think these problems can be remedied… by esports.

Why does Google have to control the narrative of Stadia?

Google didn’t really give us something tangible to hang our hats on at its conference. While the platform/service is just months away from launch, apparently, the two most critical elements of an enthusiastic customer base are missing: proof of concept and what it’s going to cost.

The internet connectivity debacle seems to be the core concern of every gamer. We want games with the best visual fidelity, with tight controls, and quick response times. The better those elements are, the easier a game is to sink your teeth into. Streaming, in this age of the internet, hasn’t proven to be where it needs to be to provide that. But Google is making the bold claim that it won’t be an issue. Yet, somehow, we’re all still skeptical.

Also, what are we going to pay for these promises of grandeur? Are we paying yearly for a subscription service? Or are we buying access to individual games? Because let’s be honest — in this case you won’t be “buying” games, much in the same way you don’t actually purchase games when paying for traditional digital content.

If we’re working with the latter concept, then early adopters are going to be taking a risk — there’s no doubt about that. As Forbes has noted, Google has 147 failed projects under its belt ranging from online platforms like Google+ to hardware like Google Glass. These aren’t simply conceived ideas that were never pushed into the commercial spotlight. All 147 of these projects were brought to market, and Google eventually dropped support for them. So excuse me if I have a tinge of doubt and that Google’s claims are, in fact, too good to be true. If Google reaches a point where it has to end Stadia because it hasn’t gained the traction it wants, adopters will watch their library of purchases evaporate like ice on a hot skillet. The controller will become a paper weight, or any subscription purchase you made will be null and void.

It’s clear that Stadia needs to get more people on board right now. I’ve been on all forms of social media with the gaming community and the general vibe over Stadia isn’t entirely positive. It also might not be best, as a business leader, to stand on stage and open your conference debuting a gaming platform with “I’m not a big gamer.” That presentation was long in the tooth but low on crucial information. There were too many precious minutes where my attention slipped from presenters’ grip as they got lost in wordy, self-promotional speech and technical detail. There wasn’t enough important consumer information, namely, the all-important price tag and structure of the service and tangible proof of its performance. Why wait til E3 where the industry’s attention will be split in multiple directions? Give us what we need to digest now.

Google can easily quell everyone’s fear with a simple beta. If Stadia is everything they promised, a beta would give the world the hands-on experience we need to get on board. Granted, I don’t run a company like Google or a program like Stadia, so I don’t know how complex of a task that might be at this stage. But I do have another solution: esports.

The presentation didn’t show us much in the way of industry support beyond Ubisoft’s Assassin’s Creed Odyssey and Doom Eternal. There may be more they’re holding until E3, but one would think that a press conference debuting the service would be the place to share the detail of all the studios and publishers backing your play. Regardless, Stadia should host an esports competition — even if it’s with Doom Eternal. Let professional esports competitors get their hands on the service and play a fast-paced game that necessitates quick reaction times using Stadia.

What are the benefits of an esports competition?

This would do two things. First, it would gather the community together to watch livestreams of the event, creating more much-needed buzz for Google in advance of Stadia’s launch. Secondly, it could give consumers confidence in their promises. If professional players can vouch for the system and ease the fears of low resolution and lag or latency issues, this could bolster the position of Stadia from a marketable standpoint.

I’d love to be the optimist here. But like so many, I have my concerns that have been borne simply from Google’s history and my own experience with streaming. I don’t wish for Stadia to fail. Every true gaming fan should hope for success in all things related to the industry. Success means improvements and continued innovation. It also drives competitors to innovate. Hopefully, Google will put its confidence in Stadia on display soon to inspire confidence in its future audience. I believe esports could be the way.