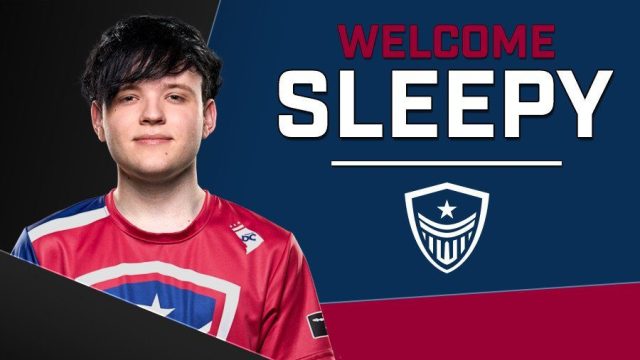 Only a few weeks after making a trade sending Babybay to the Atlanta Reign, the San Francisco Shock have made another move. The Shock have traded Nikola “Sleepy” Andrews over to the Washington Justice. Washington Justice have been making trades in order to improve their Overwatch regular season standings, starting with the trade of Yeonjoon “ArK” Hong.

It's always tough saying goodbye to a family member, but ultimately we know that @sleepy deserves a spot on the @overwatchleague stage. Thank you for everything you have brought to our team and good luck with @washjustice pic.twitter.com/JatIh5LfYn

Surprisingly, Sleepy has been riding the Shock bench since the beginning of the season. Sleepy had a great showing in the first season of Overwatch League, even being identified as one of the crucial pieces behind the young team’s success. Unfortunately, he has been seen sitting behind Minki “viol2t” Park and Grant “moth” Espe in the support role for the San Fransico Shock. Both viol2t and moth have been vital for San Fransico Shock’s stellar performance in the league’s second season.

The Justice are one of the few teams to make some major moves during the regular season. However, the Washington Justice desperately are looking for improvement, and Sleepy has a lot to offer for a team struggling to find its identity. For the Justice, this trade significantly improves its support line. It consists now of Sleepy and ArK, both highly regarded as some of the premier Support talent in the Overwatch League. On the Justice, Sleepy will find plenty of playing time and an ability to make a huge impact on the team’s overall performance. Sleepy finds himself amongst lots of established, proven talent. It will be up to the organization to develop chemistry and start improving.

We are excited to have @Sleepy stand with Justice!

We can't wait to see him in action. #JusticeIsServed pic.twitter.com/WsLuD7OU67

As a fan favorite, Sleepy will sorely be missed by the Shock faithful. Despite that, many will appreciate that Sleepy will find a starting position that several fans feel he deserves after a stellar Overwatch League Season 1 performance. Time will tell if his contribution to the Washington Justice will be enough to turn their season around. The Washington Justice play today at 7:30 p.m. PST, so Sleepy may make his debut on the same day as his trade.