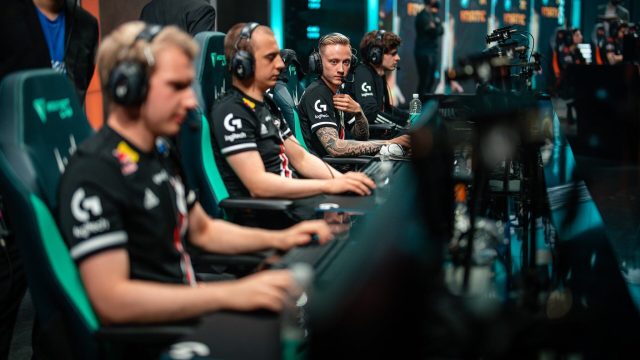 With a post on their official website, Rogue announced they are parting ways with League of Legends jungler Mateusz “Kikis” Szkudlarek. Kikis is leaving after both sides mutually agreed to end their partnership. Additionally, Rogue confirmed that current Rogue ADC Martin “HeaQ” Kordmaa and Rogue Esports Club’s Paweł “Woolite” Pruski will compete for the ADC position in the upcoming summer split. This was confirmed by their official Reddit account with a comment in their Kikis announcement thread.

The news comes as no surprise after Rogue’s disappointing spring split in the LEC. Rogue finished dead last at the end of the regular split, only winning two games all season. While they weren’t expected to be title contenders, the team had high hopes going into their inaugural split. Unfortunately for them, they were the clear worst team in the LEC, sitting at the bottom of the ladder for its entirety.

Unlike their LEC team, the Rogue Esports Club team dominated the Polish Ultraliga. They finished first at the end of the regular season, only dropping a single game. In the playoffs, they barely beat devils.one in the finals to qualify for the League of Legends EU Masters. Seen as one of the tournament favorites, REC unfortunately crumbled in the group stage and didn’t advance to the playoffs. This could be attributed to a very difficult group, as they had to face both Fnatic Rising and Misfits Premier.

Woolite was an important part of the REC team, tying for first in MVP voting at the end of the split. Similarly, HeaQ was often seen as the light at the end of the tunnel for Rogue. It will certainly be interesting to see how these two compete for the ADC position.

Finally, their PR team noted in the comments that they will announce more roster changes in the upcoming weeks.

For more League of Legends and esports news, stay in touch with Daily Esports!