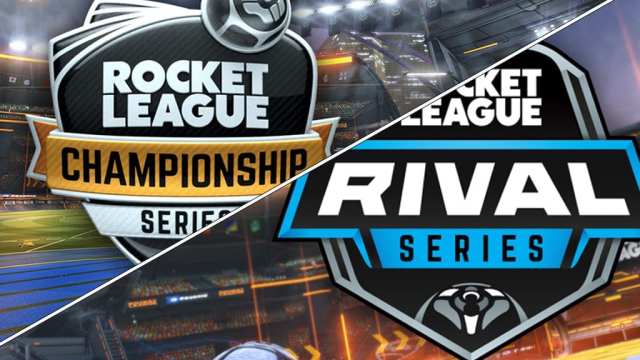 Ahead of RLCS season 7, four teams fought for two spots to compete at the highest level: the bottom two finishers of last season’s RLCS and the top two finishers of the lower division, the RLRS (Rival Series). Each team was allowed one loss, while two wins would see them promoted to the seventh season of RLCS, starting sometime in 2019.

Coming from RLRS, Splyce was the first team to be promoted to the RLCS. Splyce consists of long-time players, but none have played at the highest level as a starter on a team. Only Jamie “Karma” Bickford played in the Championship Series as a substitute during season two. This season, Splyce looked stronger than ever, which paid off with a spot in the promotion tournament. They cruised their way through the upper bracket, winning their series 4-1 and 4-0 respectively against RLCS teams Allegiance and Rogue. They played clever Rocket League, keeping pressure fairly low but punishing mistakes as soon as they were made. Splyce is a team that are always in the right spot and will relentlessly capitalize on their opponents’ errors. With their wins today, we’re welcoming three new players in the highest division and look forward to what they can do against some of the best teams in the world!

i dont know what to say

so proud of my team. hard work pays off i guess

The second team to join Splyce was Bread, also from RLRS. After a particularly weak season, Rogue finished in seventh place and was forced to fight to retain their RLCS spot. Bread, having already lost their first series against the same Rogue (4-1), had no trouble with Allegiance in the first round of the lower bracket. This final, then, was to be their chance at redemption. They looked strong against Allegiance and brought that momentum into the final. The result was a reversal of their first series against Rogue, winning 4-2. They controlled the field and neutralized Rogue effectively.

I'm crying in the club. GGs. Couldn't be more proud of this fucking team and all the work we've put in over the last two months.

With that result, we say goodbye to two veterans in Jacob “Jacob” McDowell and Emiliano “Sizz” Benny, who will be competing in the Rival Series next season. It’s heartbreaking to see such iconic players be relegated from the Championship Series, but not undeserved. They underperformed for most of the season and couldn’t bring it back up when it truly mattered. Whether they will stay together next season though is another question. It is not uncommon for relegated teams to disband and try their luck with finding a spot on an RLCS team.