What does RLCS need to grow? 5 suggestions - Upcomer

What does RLCS need to grow? 5 suggestions 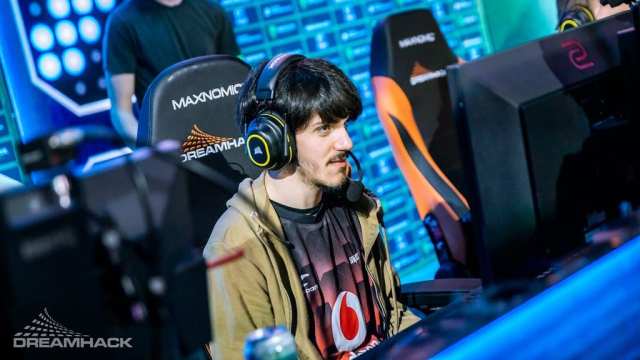 RLCS has been growing since its inception. That isn’t surprising; it’s a very easy-to-follow esport with constant exciting moments. The skill ceiling is rising by the week and insane plays from earlier seasons are now part of the basic skill set of every pro.

But it can be argued that RLCS is not growing fast enough — that things are lacking, or should have been changed long ago. The tournament finally reached that $1 million prize pool. So why are things still missing? Why are big organisations hesitant to join the scene or even leaving?

Let’s take a look at some ideas that could be added or changed to RLCS to grow it into a bigger esport. If you’re an avid Rocket League fan, however, you’ve likely encountered these ideas several times across the community.

The most commonly requested feature is customisation items to represent professional teams. Other games have successfully done this, which allowed for prize pools to rise and big organisations to enter the scene. There was money to be made.

Rocket League has a lot of potential here. There are decals, banners, toppers, wheels, antennas, and even rocket boosts that could represent competing RLCS and RLRS teams. Psyonix is aware of the request, which begs the question: Why haven’t they added them yet? The obvious answer is the legal side of it. Another is the money. And a third is that they want to do it right, without blindly going for it.

But the feature has been requested for several seasons now with no implementation in sight. What could possibly take so long?

Psyonix, however, is a company that often announces things completely unexpectedly and there are still some weeks to go before RLCS Season 6 begins. Perhaps we can still hope just a little bit?

League play should have more impact

An often heard complaint is that the seven league play matches have too little impact on the entire season. As it stands, all teams play each other once throughout the season, which ends with a final standing. The top two will automatically qualify for the world finals. Place three to six will fight for the other two spots.

Many professional players and fans alike have expressed their dislike for this system. One series in the season should not determine whether you make the world finals, especially if you finished as high as third.

An argument can be made that league play does make an impact for the top two and bottom two, but that is exactly the problem. It only affects those four teams–the automatically qualified teams and the teams that will have to play the promotion/relegation tournament. What about place three to six? Should one off-day after a strong season decide that you’re not good enough for LAN?

An easy solution for this would be to make the regional finals a multiple-day event with double elimination. This way teams can bounce back after an off-day, and a single loss would not end your season. But in order to do this, it would require more teams to compete in the tournament.

Another (but very controversial) option is to remove the playoffs altogether. Allow the top four to qualify for LAN and place five and six to end their season there. But then what’s the point of regional finals? Prestige? Some extra money? The regional finals are exciting because something is on the line. At the same time, it diminishes the excitement of league play. So let’s take a look at another feature that could be considered for RLCS.

Rather than eight teams per region fighting for four LAN spots, why not increase the size per region? It’s already showing that RLCS-calibre teams are being relegated or fail to qualify because there are just that many good teams. If league play were increased in size, there would be more wiggle room in how many teams will finish in the green zone.

Let’s take an example. Currently, there are eight teams in league play. Let’s double that to sixteen. You now still have the top two automatically qualify for LAN. That’s fair and a good incentive for teams to want to finish as high as possible, rather than just in the green zone. The top two should be rewarded for their accomplishment.

Now there are fourteen teams left. Let’s take the bottom four to the relegation tournament. That leaves us with ten teams in the middle. In the current iteration, the difference between finishing sixth and seventh means you could be relegated or become a world champion. With more wiggle room you could have teams finish between place seven and twelve and end their season there. If they wanted more, they should have performed better in the season. There should be a mid-table between relegation and LAN. And with more matches in a season, you will have time to come back after a dry spell.

Now, you could say that we’ll still have the same problem: place three to six will fight for two LAN spots, regardless of whether there is a playoff system. But what if they didn’t?

Rather than four for North America, four for Europe, two for Oceania and (likely) two for South America, add some extra teams per region. Have the entire top six qualify for LAN straight off the bat and give the two smaller regions extra slots as well.
We’d end up with six teams for NA, six for EU, four for OCE, and four for SAM. Twenty teams at LAN, rather than the ten we have now. (SAM is currently not yet included.)

With group stage, we have the chance to increase the stakes. Instead of a weekend, the RLCS LAN could become a week-long or five-day event. It would allow for more match-ups we’ve not seen before, and teams have more wiggle room when it comes to off-days or bad performances.

Also, with more teams represented at LAN, we’ll once again arrive at the argument that big organisations may want to join the fun.

But with just league play and LAN, we’d lose out on regional finals. Regardless of them having an impact on who goes to LAN, it would still be a shame. They’re exciting. While finishing first in league play does show who the most consistent team is, there’s something about a knock-out tournament that brings excitement and hype.

Whether regionals determine who goes to LAN or not, they should be taken more seriously. Regardless of league play size or how many teams will end up at LAN per region, the regional finals play such a big role that it’s odd they’re still being played online.

So let’s take them to a LAN environment. To a studio with an audience. Especially with more teams, this could prove to be an incredibly exciting event. It would allow fans of the respective region to see their favourite players live in action when the world finals are being held across the pond. Additionally, players get to connect with their fans and play off of crowd hype.

Most importantly, however, with so much at stake, an equal playing field is a must. A little bit of lag should not decide how your season ends. With a LAN regional, we’d have a fairer outcome of the season.

With these five features, we could already see improvements to RLCS. But these are just opinions and ideas, not clear-cut solutions. Things to muse about and improve on. Is there anything you’re missing? Anything that you think would or wouldn’t work? Join the discussion and let us know!