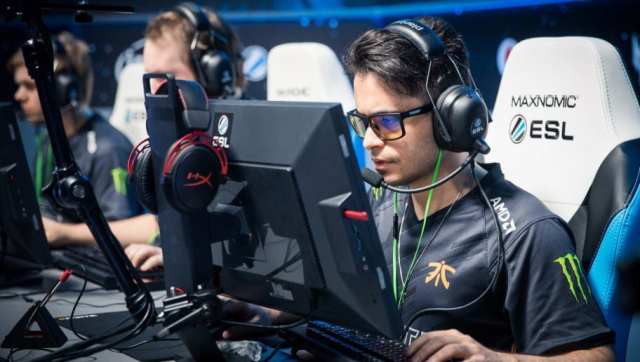 There seems to be more movement for Cloud9’s Counter Strike roster. Per a report from DBLTAP, the team is in the process of adding Maikil “Golden” Selim on loan from Fnatic.

This news comes after hearing that Cloud9’s current in-game leader, Tarik “Tarik” Celik, is moving to the Brazilian team, Made in Brazil. He would be joining his former Cloud9 teammate, Jacky “Stewie2k” Yip, who also left after C9 had won the 2018 ELEAGUE Major title in January. Tarik would apparently be replacing current MIBR member, Ricardo “boltz” Prass on the active roster.

It seems that Cloud9 is experimenting with a more international looking squad by reaching out to Golden. Fnatic would bench Golden last month for Swedish AWPer William “draken” Sundin. Also, Richard “xizt” Landstrom would assume in-game leader responsibilities for Fnatic. Cloud9’s current stand-in, Martin “STYKO” Styk, will also remain on the roster. However, they are also looking at STYKO as a possible permanent fifth member, if they can reach a buyout with mousesports. Pujan “FNS” Mehta, who was benched in May, will remain on the Cloud9 inactive list indefinitely.

Movement on the Brazilian Front

On the other hand, MIBR reaching out to other players is no surprise. This is due to the rumors of internal strife between teammates. At ESL One Cologne, MIBR would take an early exit due to the crowd favorite, BIG Clan. This loss would cause issues between team members, especially with Brazilian AWPer Marcelo “coldzera” David. There were also reports saying that Coldzera would leave MIBR and reunite with his former teammate, Epitacio “TACO” de Melo, on Team Liquid.

However, Coldzera would later release a statement denying all the rumors on his Twitter:

A translation of the tweet would be: “Oof! I took 1 plane, 2 submarines, ran for 10 hours and still had to swim to get to California! I’m looking at everything these people are talking about and I do not understand anything! I’m still on MIBR!”

Although Tarik, Cloud9 or MIBR have not confirmed any of the news so far, this move would change the complexion of Cloud9. The roster that won ELEAGUE Boston back in January would be no more. Will “RUSH” Wierzba, Tim “autimatic” Ta, and Tyler “skadoodle” Latham would be the only remaining members from that Major winning team. If Cloud9 is able to pick up Golden, it would be interesting to see how the European in-game leader will synergize with his teammates. He was the leader of the Fnatic squad that was able to win the Intel Extreme Masters World Championship this year. However, this C9 team plays very differently from the Fnatic squad from before. He will need ample time to mesh well with his team.

The next event that Cloud9 will be playing at is the ELEAGUE CS:GO Premier, which begins July 21. If Cloud9 do acquire Golden, that would only leave about a week for the team to practice. This might not be enough, as they are facing off against teams like Astralis, FaZe Clan, and Natus Vincere. These are all teams that have something to prove, and will not be easy to beat. This will be a trial by fire for Golden and Cloud9.

What do you think of Cloud9 possibly acquiring Golden? Let us know your thoughts in the comments below! If you want more Counter Strike content, check us out here!