PUBG Guide: The importance of stealth 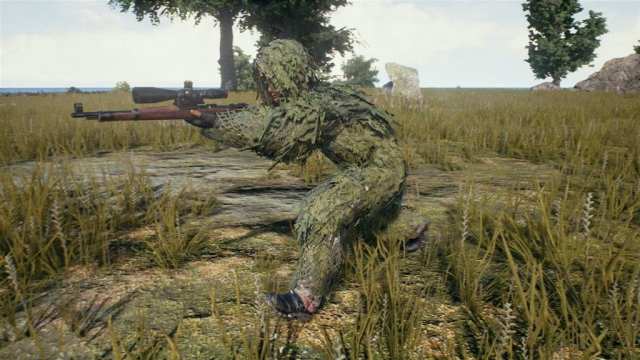 Using stealth in combat situations isn’t a bad idea when you feel like the enemy is overpowering you. Stealth equipment and techniques are extremely important and profitable in PUBG.

With that in mind, the following guide will show you everything you need to know about stealth in PUBG.

We’ll start with the equipment. The main piece of equipment beneficial to stealth is the smoke grenade. Smoke grenades serve a helpful purpose by emitting a large cloud of smoke causing a distraction for nearby opponents.

Clearly, smoke grenades are a helpful resource. Therefore, I would recommend that you keep at least one smoke grenade on you at all times. If you ever come under fire, you can simply escape with the clever use of smoke.

Another piece of equipment is the Ghillie Suit. It’s not too easy to obtain a suit as they are exclusive to airdrops, however, if you remembered to keep a smoke grenade on you, throw it at the airdrop and get looting!

The Ghillie Suit is a controversial piece of equipment as most players prefer shooting out in the open and not lying down in the grass until they’re the last alive. However, the gear can come in handy if you genuinely want to win and keep under the radar.

The only drawback to the Ghillie Suit is if you acquire one early in the game, you will be running to the zone and ironically be spotted easier. Not only that, nearby players will also be inclined to kill you as you visibly have airdrop loot.

Another drawback is that players believe the outfitmakes them completely invisible. Shoes, weapons, and equipment will still show up on your body and moving around in the grass will still make you visible to players. As such, to use the Ghillie Suit properly, keep behind the lip of a hill or behind a rock.

The use of a Ghillie Suit is merely dependable on the player’s playstyle but the majority of the time, I tend to leave them alone unless I loot a dead body later in the circle.

Although weapons are naturally loud, if you want to take the stealth approach, silencers are the way to go! Suppressor attachments are found around the map but are rare enough that finding one is definitely a rewarding moment. However, just like the Ghillie Suit, the attachment doesn’t make your weapon completely undetectable. The suppressor will greatly reduce the noise that your gun produces, making the range of your shots less detectable to players further away.

The only drawback to using a suppressor is that it withdraws the ability to use other front muzzle attachments such as the flash hider or the compensator.

I’d like to add a quick word about my favourite weapons to use with a silencer.

For assault rifles, I would typically use the suppressor on the QBZ as it is my favourite weapon to use. The recoil is already controllable with the use of a grip, therefore, using a compensator will make hardly any difference.

As for snipers, I tend to fit a sniper suppressor attachment as soon as possible as adding a flash hider or compensator is seemingly useless. A casual sniper shot is often heard from kilometres away but the use of a silencer greatly reduces that. Another massive pro to using the suppressor on a sniper rifle is that it sounds incredible. Especially on the AWM!

I don’t really use suppressors on any other weapon unless I am lucky enough to loot an AUG from a crate. A suppressor attachment on an AUG is what I aim for each and every time I play PUBG.

Let’s creep on to movement. Get it? No, okay…

Your movement and speed are also worth practising. Inexperienced players that land in popular areas will often search buildings without taking any precautionary measures.

Moving slowly around a building may be time-consuming but it will lower your chances of dying as your reaction speed will be much sharper. Constantly check each corner that you approach, open doors, and creep back before moving in and always keep quiet if you hear footsteps.

However, when moving around outdoors, it can generate a bigger threat to nearby opponents.

Some opponents may be standing at the top of a hill and hear you approaching and all they have to do is peak once and attack you. To avoid this, I would recommend that you constantly change direction and go around different areas.

Running in a straight line is the worst thing you can do in PUBG as you can be detected close range or easily predicted by a long-range shot. New players often see the straight line leading to the zone and instantly think they have to be on the line. This is not true. As long as you are in the white circle within the time limit, you’ll be fine.

Another key tip to the stealth approach in PUBG is landing in discreet locations and keeping quiet until later rounds. I can’t sit here and tell you exactly where to land and guarantee you’ll be alone every time, however, study the path of the plane and study the hottest locations.

Hottest Drops for Each Map

The best places to land are areas that are two to three grid spaces away from the plane’s path and areas out of the way of the hot drops. I only play Sanhok and ‘cave’ is typically a nice place for me.

Heading back to the use of smoke grenades, getting out of tricky situations is, again, dependable on your playstyle. However, the following scenarios are the best times to activate your smoke grenade on you or your team.

I mention risky due to the fact that most opponents will spray a magazine of rounds into the smoke regardless of their visibility. Nine times out of ten, they will connect with the downed teammate

I could go on, but they are the main reasons for using a smoke grenade in a tricky situation.

If you’d like to see more PUBG guides, let us know in the comments, we’d love to hear from you!

You can also check out our other PUBG coverage here.